British Prime Minister Theresa May has signed a letter to European Council President Donald Tusk notifying the European Union of Britain's intention to leave the bloc.

The letter is due to be delivered by hand to Mr Tusk in Brussels tomorrow by Tim Barrow, Britain's permanent representative to the EU.

The PM has signed the letter which will trigger Article 50 tomorrow, starting negotiations for the UK to leave the EU. pic.twitter.com/jHerwJs4g9

"They agreed that a strong EU was in everyone's interests and that the UK would remain a close and committed ally," Downing Street said.

"They also agreed on the importance of entering into negotiations in a constructive and positive spirit, and of ensuring a smooth and orderly exit process."

Mr Juncker said his conversation had been "good and constructive".

The formal divorce papers will be filed nine months after the UK voted to leave and will trigger years of uncertain negotiations that will test the endurance of the European Union.

The British prime minister will have two years to settle the terms of the divorce before it comes into effect in late March 2019.

Tomorrow, Mrs May will address parliament and promise to represent everyone in the UK, including EU citizens, in the negotiations with Brussels.

She will express hope "that we are no longer defined by the vote we cast, but by our determination to make a success of the result".

"Now that the decision has been made to leave the EU, it is time to come together," Mrs May will tell politicians, according to comments supplied by her office.

"When I sit around the negotiating table in the months ahead, I will represent every person in the whole United Kingdom young and old, rich and poor, city, town, country and all the villages and hamlets in between," Mrs May will say.

Mrs May has the tough job of holding Britain together in the face of renewed Scottish independence demands, while conducting arduous talks with 27 other EU states on finance, trade, security and a host of other complex issues.

The outcome of the negotiations will shape the future of Britain's $2.6 trillion economy, the world's fifth biggest, and determine whether London can keep its place as one of the top two global financial centres.

For the EU, already reeling from successive crises over debt and refugees, the loss of Britain is the biggest blow yet to 60 years of efforts to forge European unity in the wake of two devastating world wars.

Its leaders say they do not want to punish Britain.

But with nationalist, anti-EU parties on the rise across the bloc, they cannot afford to give London generous terms that might encourage other member states to follow its example and break away. 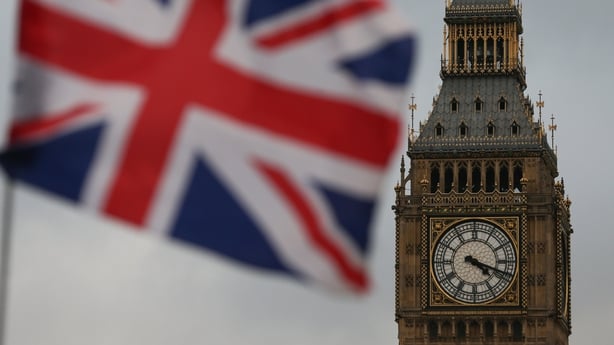 Mrs May's top team will gather around the Cabinet table at Number 10 in the morning as she updates them on the content of the letter formally invoking Article 50.

Some time after 12.30pm, Mrs May will inform MPs that Brexit is being triggered and in Brussels, the British ambassador to the EU will deliver the document to the European Council president.

Once it has been accepted, Article 50 has been officially launched.

The British prime minister will tell the Commons: "It is my fierce determination to get the right deal for every single person in this country".

"For, as we face the opportunities ahead of us on this momentous journey, our shared values, interests and ambitions can, and must, bring us together.

"We all want to see a Britain that is stronger than it is today.

"We all want a country that is fairer so that everyone has the chance to succeed.

"We all want a nation that is safe and secure for our children and grandchildren.

"We all want to live in a truly global Britain that gets out and builds relationships with old friends and new allies around the world.

"These are the ambitions of this government's plan for Britain. Ambitions that unite us, so that we are no longer defined by the vote we cast, but by our determination to make a success of the result.

"We are one great union of people and nations with a proud history and a bright future. And, now that the decision has been made to leave the EU, it is time to come together."

Within 48 hours, the European Commission is expected to issue "draft negotiation guidelines", which will be sent to the 27 remaining states for consultation.

Their leaders will meet on 29 April at an extraordinary European Council summit to agree a mandate for chief negotiator Michel Barnier and clear the way for talks to begin in earnest in May.

The key point of contention as soon as Article 50 is triggered is the order in which different aspects of Brexit are approached.

Effectively, there are two issues to be settled - the terms of Britain's withdrawal from the EU and arrangements for future trade relations.

On top of that is a possible third negotiation on a "transitional arrangement" covering the period between the moment of departure and new trade rules taking effect.

On Thursday, a white paper will be produced on the Great Repeal Bill, the legislation that will turn four decades of EU regulations into domestic laws.