Northern Ireland's political leaders have cast their votes in the UK general election.

DUP leader Arlene Foster voted in Brookeborough, Co Fermanagh, a constituency where she is supporting a rival unionist as part of pro-Union link-up to try to unseat Sinn Féin.

She called in to have a chat with party workers who have based themselves in a caravan outside the polling station all day. 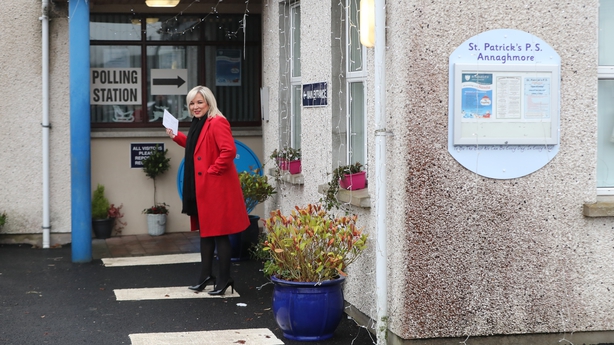 In several seats, Sinn Féin has joined forces with fellow pro-Remain parties the SDLP and Greens to a maximise the chances of defeating DUP Brexiteers.

SDLP leader Colum Eastwood was accompanied by wife Rachael and their children as he voted in Derry.

While Mr Eastwood's party has stood aside to help a Sinn Féin candidate in North Belfast, a move that has been reciprocated by Sinn Féin in South Belfast, the parties are going head-to-head in Derry in what is set to be a close run battle for the Foyle seat. 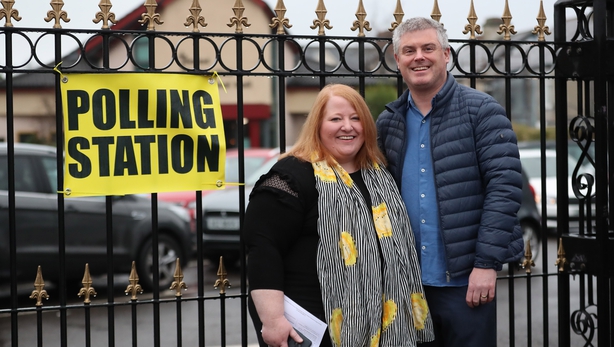 Mrs Long, accompanied by her husband Michael, is hoping for a repeat of her famous victory in 2010 when she dethroned Stormont's then-first minister Peter Robinson.

More than 1,000 polling stations across Northern Ireland opened at 7am to decide 18 constituency races and voting ended at 10pm.

A number of stations reported a brisk voting pace through the day.

There are 102 candidates standing in the election, with 1,293,971 eligible voters able to cast their ballots.

Counting will begin at four centres in Belfast, Magherafelt, Omagh and Bangor shortly after polls close, with the first results expected around 1am.

The DUP is hoping to return with at least the ten MPs it won in 2017. A result that landed them a pivotal role as Westminster kingmakers and led to their confidence and supply deal with the last Conservative government.

Sinn Féin won seven seats at the last election and said it hopes to make gains on Thursday, while the 18th outgoing MP, independent Lady Sylvia Hermon, has stepped down.

She arrived at St Patrick's Primary School, Annaghmore, in Co Tyrone at around midday and spoke to a number of local voters as she left the polling station.