The men's competitor who has reigned supreme for eight years is no longer the champion. 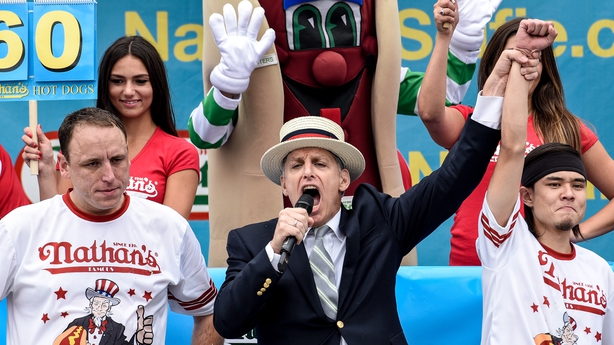 Competitors have 10 minutes to gulp down as many hot dogs as possible in the annual Fourth of July event.

The score was 62 to 60. However, Chestnut still holds the world record, which he set in 2013 eating a stomach-churning 69 hot dogs.

There was a nail-biting women's competition too, with Miki Sudo victorious. There was beefed up security at the fourth of July event where animal rights activists blending in the crowd held up signs at the end of the competition.