A leading Northern Ireland born scientist has won a $3m international prize for her ground-breaking work and contribution to the field of physics.

"I don't want or need the money myself and it seemed to me that this was perhaps the best use I could put to it," she told BBC News.

The study of pulsars has since led to some of the most stringent tests of Einstein's General Theory of Relativity and the first observational evidence for gravitational waves.

The 1974 Nobel Prize for Physics was awarded to Jocelyn Bell Burnell's collaborators, but the University of Oxford and University of Dundee scientist was not included. 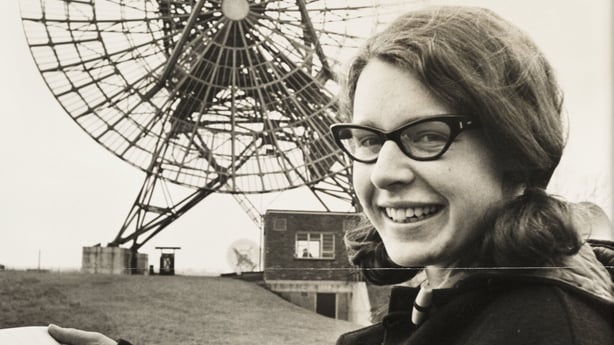 Today though it was announced that she is to receive the Special Breakthrough Prize in Fundamental Physics as recognition of her achievements and a lifetime of inspiring scientific leadership, the organisers said.

"Professor Bell Burnell thoroughly deserves this recognition," said Yuri Milner, one of the founders of the Breakthrough Prizes.

"Her curiosity, diligent observations and rigorous analysis revealed some of the most interesting and mysterious objects in the Universe".

Each prize is $3 million and presented in the fields of Life Sciences, Fundamental Physics and Mathematics.

Previous recipients of the Special Prize include the late Professor Stephen Hawking, scientists at CERN who helped discover the Higgs Boson particle and to the collaboration of researchers involved in the LIGO experiment that detected gravitational waves.

"This prize is an excellent and hugely appropriate acknowledgement of Jocelyn's work," said President of the Institute of Physics, Professor Dame Julia Higgins.

"Her discovery of pulsars still stands as one of the most significant discoveries in physics and inspires scientists the world over.

"Her example of using insight and tenacity to make a discovery that rings through the ages stands her alongside the greatest of scientists.

"Alongside her scientific achievement, Jocelyn has become a hugely respected leader in the scientific community.

"She has been instrumental in making sure the issue of access to science by people from under-represented groups is at the very top of the science community's agenda".

Jocelyn Bell Burnell will be recognised at the 2019 Breakthrough Prize ceremony on 4 November.