A tradition which goes back generations but is rarely given the opportunity to be fulfilled was followed this evening at the river Suir.

Kenny's Rock is a flat stone lying on the bed of the river in Carrick-on-Suir and which can only be seen when the water is at a sufficiently low level.

Low tide this evening was one of those times and, in line with local custom, a fire was lit on the stone when it made its appearance.

It is believed that visibility of the stone this year was the first time in living memory that it has been seen and was caused by a long, largely dry spell during July and August which meant low levels of water in the Suir.

But it could be the last time it is seen for some time, with rain forecast for the coming days, and more rainfall sure to follow as we head deeper into autumn.

"It's a river tradition and my interpretation is that it's associated with drought," local historian and poet Michael Coady said this evening.

"In a drought, this stone has sometimes been exposed at low tide. God knows how old that tradition is.

"There used to be fishermen vying with one another to light a fire and lighting a fire in the middle of the river is a kind of a rain-making ritual."

He pointed out that, in the past, a drought would have many implications for a town like Carrick-on-Suir which may not be relevant today.

"All of the mills were water mills and if there was a drought, the mills couldn't work, there was no wheat, no flour, no bread, so it was associated with food and the importance of the river, that it might be restorative," Mr Coady added.

Kenny's Rock lies in the river between Old Bridge and Dillon Bridge in the town of Carrick-on-Suir, but its view above the water level "is something that happens very seldom," according to Mr Coady.

"It came to be known as Leac na Tine, the flagstone of fire. In the past, and this is one of them now, there were times when it was exposed."

This evening, a crowd gathered along Carrick's quays to see local fisherman Ralph O'Callaghan, who lives a stone's throw from the Suir, carry on the tradition.

"We're long connected with the river, as is everyone in Carrick, we cross it every day," Mr O'Callaghan said.

"We're fishermen, boatmen, we had the last working barge on the river. So there's a deep connection to it."

"But it was talked about, passed on through tradition, when will it strip, is it close to stripping, what way was the water, was there much of a drain on the tide.

"And that's what's happened today, we haven't had rain."

Such events remind the community of their permanents links to the Suir, he said.

"The whole town has a connection to this river. It's a feature, we take it for granted at times, at times like this I suppose it reminds us of past times," Mr O'Callaghan said. 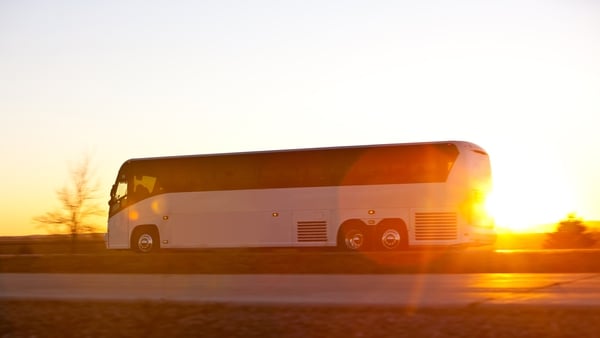