A car caught fire in the middle lane of the M50 in Dublin this morning, temporarily closing a section of the motorway.

Dublin Fire Brigade was called to the scene at around 8.30am on the M50 southbound at J11 Tallaght.

Firefighters from Rathfarnham and Tallaght stations extinguished the fire. 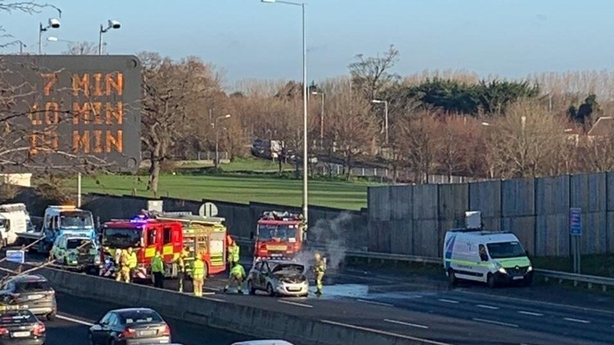 AA Roadwatch said all three lanes have since reopened, but southbound traffic on the M50 was heavy from J5 Finglas past J7 Lucan following the fire.

Dublin Fire Brigade has said a garda investigation is under way to determine the cause of the fire. 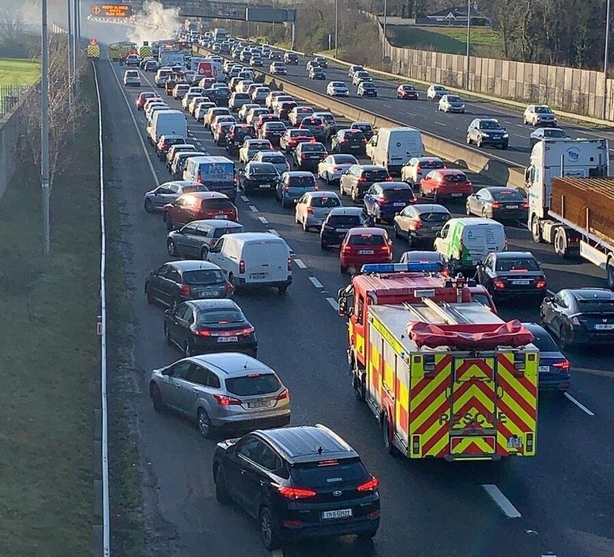