Even before Daniel O'Connell held his monster meetings in the 1840s, Irish people have been known to attend events in large numbers.

The visit of Pope Francis will be no different, and it is expected that more than 500,000 people will travel to the Phoenix Park in Dublin to see him.

Such a crowd would be the largest attracted by a single individual in Ireland in recent memory, and one of the largest ever recorded.

However, it is unlikely that Pope Francis will attract the same numbers that flocked to see his predecessor Pope John Paul II in 1979.

Here we look at some of the other events that have attracted crowds of Irish people over the decades: 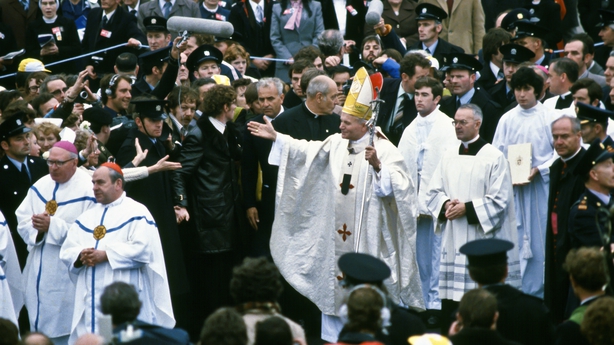 As many as 1.25 million people were in the Phoenix Park in Dublin when Pope John Paul II made his visit to Ireland. It is widely believed to be the largest ever gathering of Irish people.

It was the first visit to Ireland by a Pontiff, and coming in the midst of the Troubles, involved an unprecedented security operation with 7,000 gardaí on duty in the park.

In total, over the three days, 2.7 million people are estimated to have come out to see the Polish pontiff. 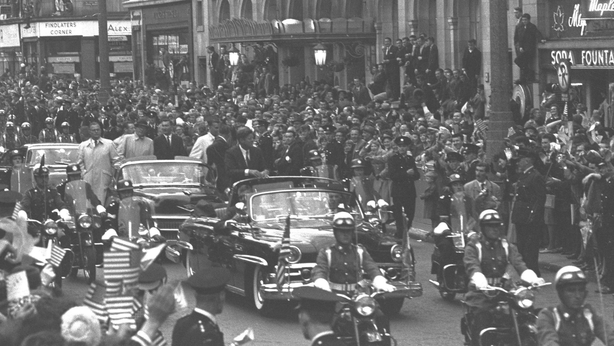 Over the four-day visit, Mr Kennedy travelled around the country by helicopter, arriving in Dublin and visiting Wexford, Cork, Galway and Limerick.

The first, and only, Catholic to be elected leader of the US, Mr Kennedy visited his ancestral home at Dunganstown in Co Wexford during the visit.

With few people owning televisions, crowds thronged the streets wherever he went, eager to get a glimpse of the charismatic politician.

Mr Kennedy referred to the visit, which happened just five months before his assassination, as the happiest four days of his life. 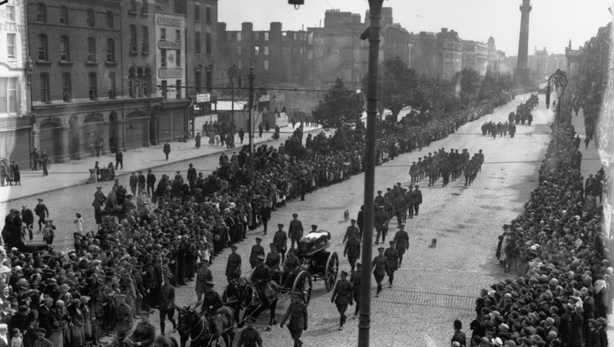 One of the key figures in Irish independence, Michael Collins was killed in an ambush at Béal na Bláth outside Cork on 22 August 1922. Six days later he was laid to rest at Glasnevin Cemetery in Dublin.

Tens of thousands of people lined the streets of the capital as the funeral procession made its way from City Hall to the graveyard on the northside of the city.

As many as half a million people are believed to have attended his funeral at the Pro Cathedral in Dublin. 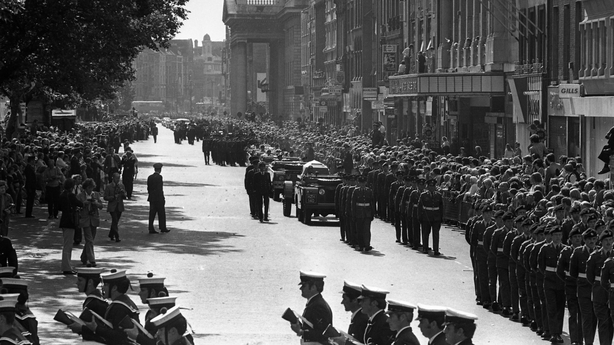 His remains lay in state at Dublin Castle for two days before his funeral service at the Pro-Cathedral on 2 September.

Following the funeral service, more than 200,000 lined the streets of the capital as, like Collins and many of the other key figures in Irish independence, his remains were taken to Glasnevin for burial.

Dublin Corporation announced plans in 1968 to build new civic offices at a four-acre site at Wood Quay in the capital.

Located between Christ Church and the Liffey, it was regarded as one of the most important Viking sites in Europe. Archaeological excavations of the site were carried out and in 1978 the High Court declared the area was a national monument.

Public protests were held as part of the ‘Save Wood Quay’ movement, which sought to have the offices built at a different location.

The Corporation ultimately won the battle and in 1981 work began on the offices.

In 1979, PAYE workers took to the streets in protest after a levy on farmers' income was abolished.

An RTÉ reporter was told that only twice before in living memory had so many people assembled in Dublin: "once in 1913 when Jim Larkin led the proceedings and again in 1932 when the crowds turned out for the Eucharistic Congress".

The protests continued for several years and influenced tax reforms.

Around 100,000 took to the streets of Dublin in protest against a possible US war on Iraq.

It was one of many such demonstrations held worldwide, and represented one of the largest protests in the capital for decades.

The government was urged not to allow Shannon Airport to be used by US troops on their way to the Gulf, a request that fell on deaf ears. 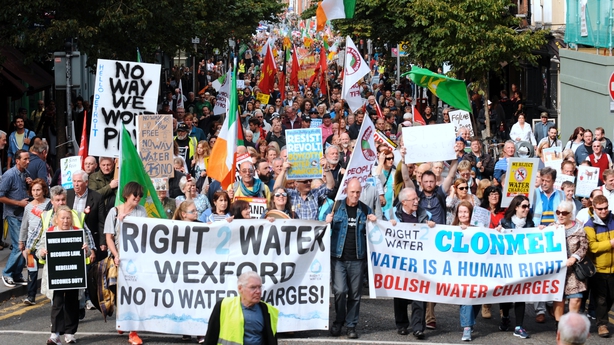 Tens of thousands of people attended a series of protests against the introduction of water charges by the Fine Gael/Labour coalition. 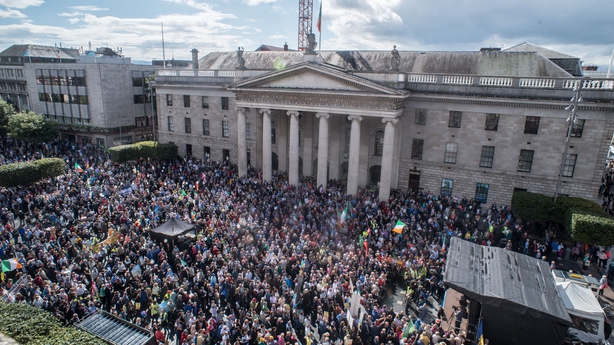 The protests ultimately led to the scrapping of water charges, with refunds issued to people who paid the charge during the brief period it was in place. 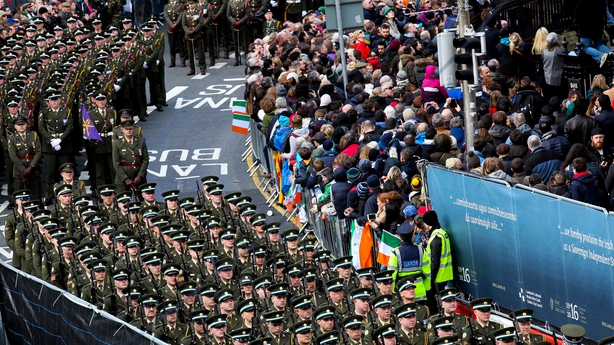 There have been two major commemorations of the Easter Rising in the history of the State.

Both have involved major military parades through the capital, culminating at the GPO on O’Connell Street.

The 1966 event saw president Éamon de Valera and many other 1916 veterans take pride of place in the viewing stands outside the GPO.

More recently, 500,000 people attended a similar military parade, which was followed up on Easter Monday 2016 by RTÉ's 'Reflecting the Rising'.

Around 700,000 people attended more than 300 free events around the city in what was the largest cultural event since the visit of Pope John Paul II in 1979.

The All-Ireland finals bring in excess of 200,000 people to Croke Park every year across gaelic football, hurling, camogie and ladies' football, but it is the global triumphs that really bring out an expression of national pride.

While Euro '88 was the first time the Irish side reached a major tournament, the performance of Jack Charlton’s side at the 1990 World Cup captured the heart of the nation.

An estimated 50,000 people, including then taoiseach Charlie Haughey, were at Dublin Airport to welcome the team home after their quarter-final defeat to hosts, Italy. 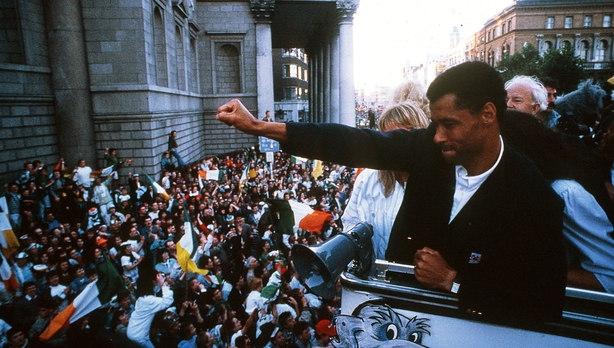 Thousands more lined the route from the airport to College Green, where a civic reception was held. 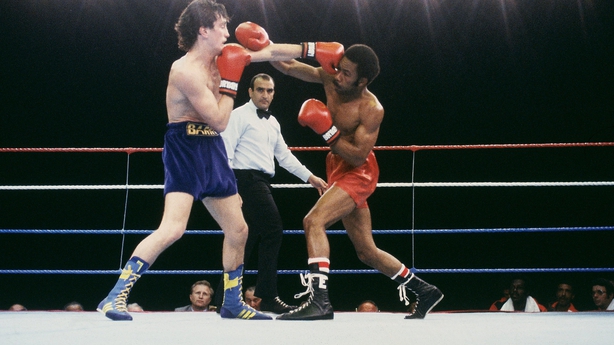 He would go on to successfully defend the title twice, before losing it to Steve Cruz in Las Vegas in 1986 - one of only three defeats in his professional career.

A Catholic from Monaghan, McGuigan was popular across the divide between nationalist and unionist communities during the height of the Troubles. He was also immensely popular right across Ireland and the UK.

This was reflected by the estimated 100,000 people who turned out in Dublin city centre to welcome him home following his Loftus Road success.

In further evidence that the 1980s were a high point for Irish sporting success, and open-top bus tours, Stephen Roche joined a unique club of professional cyclists who have achieved the 'Triple Crown' in 1987.

The trio of titles consists of the Giro d'Italia, the Tour de France and the World Road Race Championships.

The Dubliner claimed his first-ever Grand Tour success by winning the Giro in early June, before quickly going on to become the fifth cyclist to follow that up with his Tour de France victory.

He was greeted in Paris by Charles Haughey, and returned to Dublin to a hero's welcome and the obligatory bus tour through the streets of Dublin.

Roche went on to secure the Triple Crown with World Championship success in Austria, and was given the Freedom of Dublin in September '87.

Held at the end of the September every year, 'The Ploughing' has gone from strength-to-strength in recent years and is regarded as a celebration of all things rural.

Bloom, the city cousin of 'The Ploughing', has also proved to be a popular draw, with 120,000 people attending the Bord Bia-run event in the Phoenix Park in 2017. 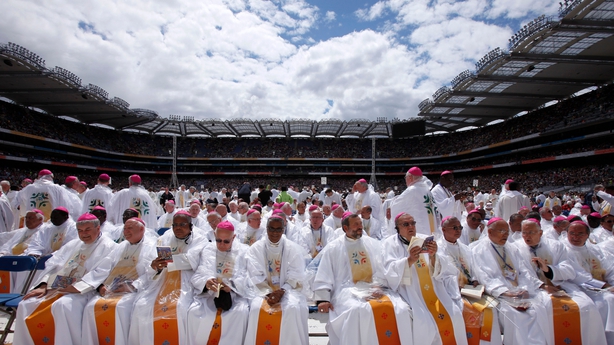 The 2012 Eucharistic Congress was the last major religious event to be held in Ireland, with more than 80,000 people attending the closing mass in Croke Park. 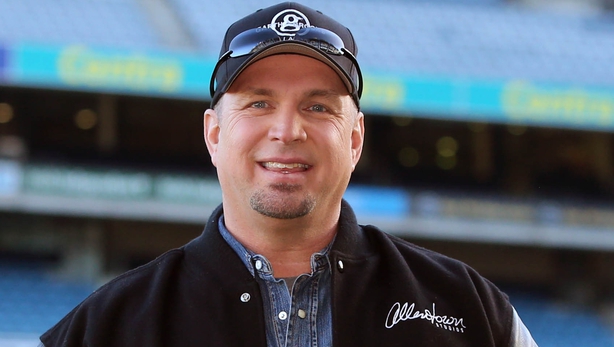 The one that never was. In 2014, an increasing series of concerts by US country and western artist Garth Brooks looked set to sell out Croke Park.

Initially 240,000 tickets for three nights in the northside venue were snapped up in what promoter Peter Aiken said was record time. Seeing the demand, an additional two dates were added. 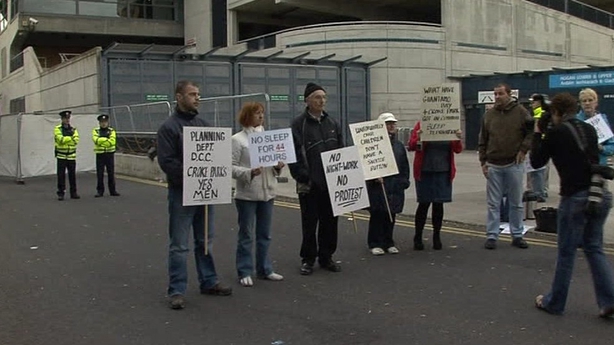 This led to protests by disgruntled residents, counter protests by Brooks' fans, and ultimately a licence was granted for only three of the shows.

Being unfamiliar with the saying that "half a loaf is better than no bread", Brooks pulled out of the concerts, to the disappointment of the hundreds of thousands of ticket holders - including this writer.

The majority of the above events were not ticketed events, and many took place at numerous venues or over a number of days. As a result it is often not possible to provide exact figures of how many people took part or attended.

Where possible we have provided figures from gardaí and organisers, although even these must be treated with an element of caution due to the difficulties of calculating the number of people congregating in a public space over a long period of time.