Women, younger people and the lower paid are strongly in favour of more flexible working arrangements according to a poll carried out on behalf of the Labour Party.

In a survey carried out by Ireland Thinks, 71% of respondents agreed that employees who can work remotely should have the right to do so.

Some 81% of women, compared to 63% of men, agreed that workers should have the right to more flexible work.

The nationally representative sample of 1,369 respondents found that 67% of residents in Dublin agreed with the right to flexible work compared to 74% of respondents in rural areas.

The poll was commissioned by the Labour Party which is calling for more flexible work arrangements which it says would increase equality and the participation of women in the workplace.

A Bill to be tabled by Senator Marie Sherlock proposes removing many of the grounds for bosses to refuse flexible or working from home, and would give employees the chance to appeal any refusal to the Workplace Relations Commission.

Senator Sherlock said the Bill would make flexible work the "default position" rather than the exception: "A right to flexible work can, and already has, make work more equal in this country.

"With female full-time employment rising by an impressive 7.5% in a two-year period between the end of 2019 and 2021, we know that something has happened during the pandemic," she said.

Senator Sherlock said Ireland has the highest rate of joblessness among lone parents in the EU, as well as the highest share of those with a permanent disability who are not in paid employment.

"There are large groups of people like this who want to work but due to structural reasons feel shut out by the jobs market.

Flexible work is the answer to encouraging a more equal, more diverse workplace that works for people," she said.

Employers representative group, IBEC, said it welcomes the Government’s commitments to invest in infrastructure such as remote working hubs, to support opportunities for flexible and remote works.

But its Director of Employer Relations. Maeve McElwee, said there is no one-size-fits-all solution to managing the issue.

"Proposals to introduce legislation require careful development to meet a balance for businesses and employees to ensure competitiveness, equality and flexibility considerations are addressed.

"Workplaces must be facilitated in their attempts to manage requests for remote working in a flexible and collaborative manner which is suitable for their business," she said. 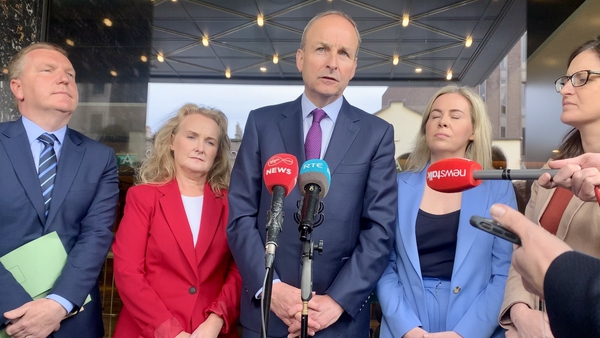 State pension age should not go beyond 66 - Taoiseach