Green Party leader Eamon Ryan has said cuts to greenhouse gas emissions will be backloaded towards the end of this decade.

Speaking on his way into a Cabinet meeting this morning, the Minister for the Environment said it will take time for measures to ramp up, particularly in land use and agriculture.

"It takes time to plant forestry and for it to grow and start storing carbon," he said.

Mr Ryan added we would have to wait for the Climate Advisory Council to make its recommendations.

On calls by scientists on the urgent need to cut methane emissions he said: "Methane is one of the most virulent (greenhouse gases), much more powerful, and even while it's short-lived, it oxidises into carbon dioxide in the upper atmosphere, at the end of its 12 or 14 year life, so every sector, every area will have to play its part."

The International Panel on Climate Change has recently advised that concentrations of methane are higher than at any point in the past 800,000 years.

Although it is a short-lived gas compared to carbon dioxide, which persists in the atmosphere for thousands of years, methane has a far more powerful greenhouse effect more than 32 times that of CO2.

Cutting methane emissions has been described as the single biggest and fastest strategy for limiting global heating.

Agriculture is the largest source of methane globally and in Ireland methane emissions from livestock, principally cows and sheep, have made agriculture the most polluting sector of the economy.

The Climate Advisory Council is expected to issue its recommendation for carbon budgets over the next decade very soon and map them out over two five-year blocks to cover the periods 2021-2025 and 2026-2030, with a provisional budget for the five years thereafter.

That budget will be for the whole economy.

The Government will detail the allowances for each sector and more details on that will be contained in the new Climate Action Plan, which is expected before the end of this month.

Reports have said agriculture will be expected to cut emissions by at least 21% by 2030, less than other sectors like transport or energy.

The Irish Farmers Association argue there is a danger of "carbon leakage" if dairy or beef production is cut in Ireland to reduce emissions, as it could be replaced by production in other countries with more carbon-polluting farming methods.

Minister for Agriculture Charlie McConalogue has said: "The key principle in how we approach it is that we have to be able to produce the food, but in terms of producing it, we have to reduce its overall footprint and to the maximum extent that we can." 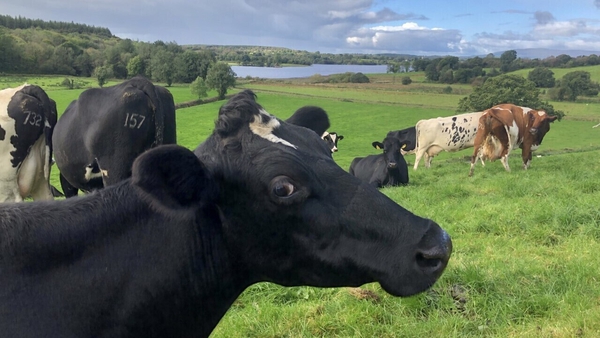