Mr Donaldson was speaking ahead of the next Assembly election, due in May 2022.

He called for a pact to help return "as many as possible pro-union, anti-protocol MLAs" and prevent Sinn Féin emerging as the largest party.

Mr Donaldson said he believed his party, the UUP and TUV could "work together" to broaden unionism's appeal.

"I'm fighting an election with the objective of winning and the DUP emerging as the biggest party, but I take nothing for granted," he told the Belfast Telegraph.

Recent polling has shown significant slippage in support for the DUP.

The next assembly election is scheduled for May 2022, but could come earlier if the DUP sees through its threat to walk out of Stormont unless there are significant changes to the Northern Ireland Protocol by the end of October.

"Unionism cannot afford for the vote to be fragmented and Sinn Féin come through the middle to emerge as the largest party.

"All resources must be focused on unionism winning this election.

"I hope we can work with the UUP and TUV to ensure we maximise the number of Assembly seats unionism secures and return as many as possible pro-union, anti-protocol MLAs.

"I respect both Doug and Jim (Allister). They offer strong leadership of their parties and I seek to do the same in the DUP.

"I want to see us all working together to broaden unionist support in the election."

However, Mr Beattie said: "We will work with anybody for the good of the people of Northern Ireland. That could be on child poverty, social housing, health, education and promoting the union itself. 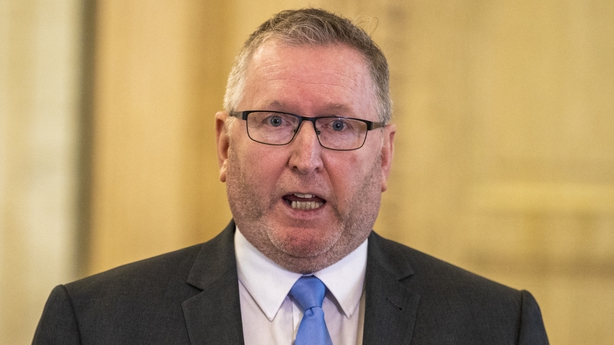 "We have been clear in our opposition to the Protocol and have tabled our own proposals over the course of the last two years to address it.

"All unionist parties reject it and want to see it replaced, and I will co-operate with others to try and achieve that. None of this requires pacts and there will be no pacts.

"As a political party we are confident in our pro-union message. It is for others to ask if they wish to vote for positive unionism or negative unionism, to vote for a vision for the people of Northern Ireland focused on the future or a backward protectionist, power-driven vision focused on self-preservation.

"If it is the former, then the vote will be for the Ulster Unionist Party and a Northern Ireland confident with its place within the United Kingdom."

The TUV leader posted a video this morning on social media.

Jim Allister said his party would never nominate a unionist Deputy First Minister if Sinn Féin was to emerge as the largest party in the next election.

Both need to be appointed in order for the institutions and the joint office of First and Deputy First Ministers to function.