Tánaiste Leo Varadkar has said he obeyed the regulations and restrictions that are in place in the UK when he attended a music festival at the weekend.

"The advice that we give people travelling abroad is that you obey the rules and regulations and the restrictions of the country that you're in, and that's what I did," Mr Varadkar said.

"I often feel that any rules or regulations that apply to the public should apply to me too.

Speaking in London today, Mr Varadkar also said that he was one of the advocates for Electric Picnic going ahead.

"I've always been a very strong supporter of the events industry, helping to secure €100m in funding for them and alongside (Minister for Arts) Catherine Martin," he said.

"I've been a strong advocate for the early reopening of the events sector."

Earlier, Minister for Further and Higher Education Simon Harris defended the Tánaiste, saying he is entitled to "some down time".

Speaking in Cavan, Mr Harris said Mr Varadkar has an extraordinarily busy week in the UK, Paris and Berlin.

"He took some down time in the UK before that trip kicked off and I think everyone is entitled to a day off and a bit of down time, even the Tánaiste of our country," he said.

Earlier, singer Mary Coughlan said Mr Varadkar's attendance at the music festival was "in very poor taste" when Irish people were "wondering what to do with their Electric Picnic tickets".

Ms Coughlan told RTÉ’s Today with Claire Byrne that given the Tánaiste met representatives from the music industry ahead of the weekend and then went on to the event in the UK, she said it appears that "he doesn't seem to have any understanding about what it has been like really".

She said that Mr Varadkar and the Government should have "put more thought and effort into organising events here outdoor and safely".

Ms Coughlan said "it's one thing for them, one for us" and while she is "delighted" to be back performing, she said it will take "forever to get back on our feet" as venues can still only have 60% capacity. 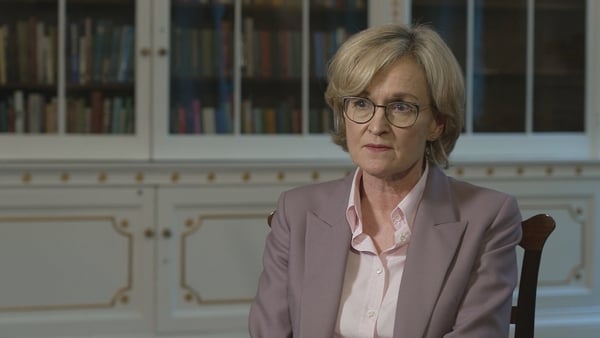