Bulk sales of family homes to investors will be tackled "head on" according to Minister for Housing, Darragh O'Brien.

"As Minister I am on the side of the first time buyer - we will bring forward measures to ensure that bulk sales of homes are curtailed as best as possible," he told RTÉ's Prime Time.

The idea of the investment funds is that they "would add to supply not take away from it", he added.

Mr O'Brien said changes in the areas of planning and tax would be brought before Cabinet. "I can't go into the details because they are still being worked through."

He said the Government was taking "very seriously" what he called a "crisis in housing".

"We want generation rent to become a generation that can own again," the Minister said.

Mr O'Brien said supply was an issue, especially with construction having been shut down during the pandemic.

"We need to be buildng 33,000 homes a year but I believe we can start to make up for lost ground."

The Minister said the Government would deliver homes "not seen in a generation" with the "biggest housing budget ever" at €3.1 billion.

He was speaking in the Dáil in response to Sinn Féin Finance spokesperson Pearse Doherty, who said the Government had voted against proposals to increase stamp duty on so-called cuckoo funds put forward by his party during the Finance Bill last year.

Mr Doherty contended that only when the public attention was focused on investment funds last week, and the Government's failed policies were laid bare, did the Cabinet decide to act.

"In this city, house prices have doubled"

Sinn Féin's Pearse Doherty says home ownership is at its lowest level in decades, adding that this is the Tánaiste’s record, and is the result of a refusal to adequately invest in social and affordable housing | https://t.co/HZUJmnrsL9 pic.twitter.com/Kxu7henedw

He said Sinn Féin had been continually warning that people who wanted to buy a home were being priced out of the market by cuckoo funds - something which was also driving up house prices and rents.

The Tánaiste said he accepted that far too many people in their 20s and 30s, for far too long, felt that home ownership was "out of reach".

Mr Varadkar said that the Government recognised this, and policy would change so that these people could buy a home like their parents did in the past.

Tánaiste Leo Varadkar says the Government are "making progress" on housing, but adds that they "are not delivering for people when it comes to home ownership" | More: https://t.co/HZUJmnrsL9 pic.twitter.com/P1a13IN27Z

However, he said that Ireland has a home ownership rate of between 65-70%, something which was higher that the US, UK, Germany and other countries.

The Tánaiste contended this was as a result of action from Government parties and had "nothing to do" with Sinn Féin.

He said that the statistics quoted by Mr Doherty were "one-sided".

Also speaking in the Dáil, Labour Leader Alan Kelly raised the tragic case of a Tipperary woman who died from Covid-19 last December, but whose partner is not entitled to a widow's pension because they were not married.

The woman's partner is also not eligible to receive a lone parent allowance, Mr Kelly said.

He told the Dáil that the laws and welfare supports in this country have not caught up on the way people live.

Tánaiste Leo Varadkar said the "definition of family is out of date" during #LeadersQuestions and that "there is great diversity in what family means" pic.twitter.com/Gl0pO5wUU2

In response, the Tánaiste said the definition of family in the Constitution is out of date and it should be redefined, but this will require a proper consultation with the Oireachtas. 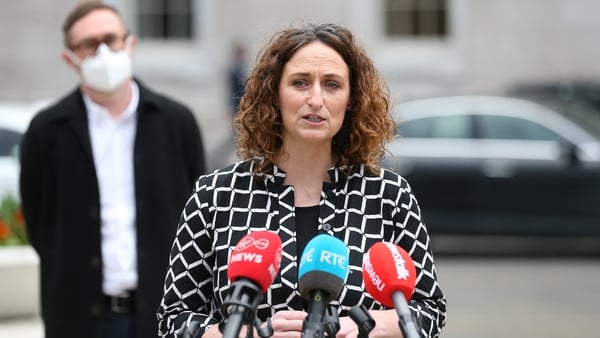 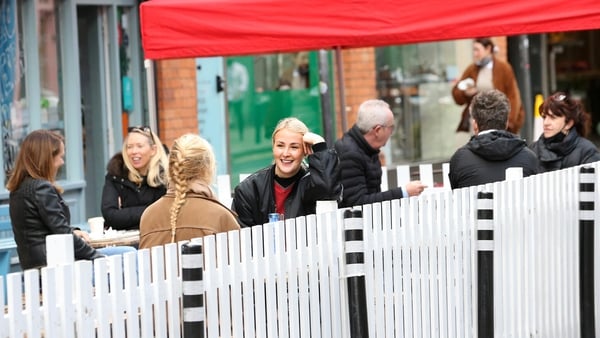