This was not an easy Cabinet decision.

There are several in its ranks who think that Level 5 restrictions for six weeks are excessive.

Other former ministers like Michael Ring passionately believe it is the wrong approach.

However, if it works the country can return to lower level restrictions throughout December.

That was the majority view around the Cabinet table today.

This would see businesses re-open for the festive and profitable period in the run up to Christmas.

That is the hope Government is clinging to tonight.

Today's meeting was grim at times apparently, with ministers hearing that upwards of 200,000 more people could be out of work soon.

Hence the increase to the Pandemic Unemployment Payment - bringing it to €350 for those who were earning €400 or more each week before the pandemic struck.

There are also changes to the Employment Wage Subsidy Scheme devised to keep as many people as possible in employment during the increased restrictions.

These changes will run until the third week in January.

By then Government will hope that tonight's announcement will be a memory from a different time.

However, the coronavirus has shown thus far that attempts to outwit it can often prove futile.

In the meantime, the focus from Government is likely to remain on the things that will remain in place during Level 5.

These include the continued opening of schools and the ability of people to meet up outside with one other household away from their home.

Also the fact that elite sport and the GAA inter-county championships will be played and children can still train in small groups will be deemed positives.

After four weeks there is also a possibility that a review of the restrictions could see an easing of some of them, such as the 5 kilometre exercise/non-essential travel limit possibly being increased to 10 kilometres.

They will hope all this will help unite a weary population to embrace restrictive living once again.

But tonight, that looks a daunting political challenge. 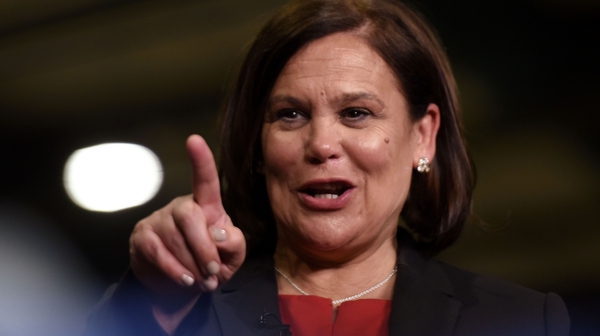