The former Cork South West TD died just a week after his wife Frances, who played a key part in his career, passed away.

A colourful and well known figure nationally, Mr Sheehan was involved in politics for over 50 years.

She added that he had shown "remarkable dedication and character in serving the people of West Cork" and had been "a champion for rural Ireland" in the Dáil.

Tánaiste and Fine Gael leader Leo Varadkar said: "I am saddened to hear of the death of PJ Sheehan, especially as it comes so soon after the death of his beloved wife Frances.

"PJ was a stalwart of West Cork Fine Gael. He spent much of the period when he was out of the Dáil continuing his commitment to public service through his work as a local councillor.

"I served alongside Paddy between 2007-11. Our offices were on the same floor and I got to know him and Frances well.

"He was a wonderful character the likes of whom we will not see again.  I only spoke to him last week to offer my condolences on her passing. They are together again.

"PJ was a hugely popular politician in West Cork and I know he will be widely missed."

"Paddy was a Fine Gael public representative in West Cork from 1967 to 2011 and was a long-time colleague and friend," he said.

"Paddy was a great advocate of the interests of rural Ireland and especially of  those who lived on the western seaboard.

"He had a great sense of humour and was beloved across all political divisions."

Taoiseach Micheál Martin said: "I was very saddened to hear of the passing of Paddy Sheehan.

"Paddy was an outstanding public representative for many years; serving on Cork County Council and in Dáil Éireann. He was very diligent and hard working, and was a fearless advocate for his native West Cork.

"Paddy had a warm personality, wit and was blessed with a great sense of humour.  He was a very decent and likeable man.

"I wish to extend my sympathies to Paddy's family and friends." 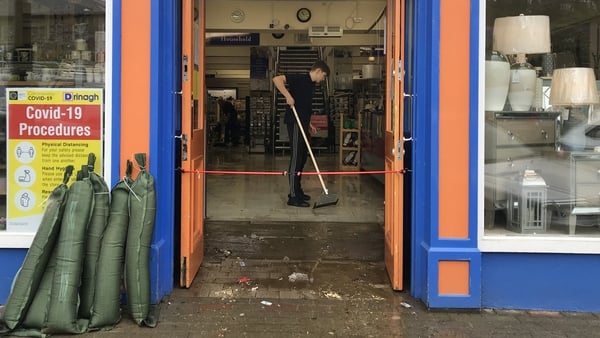 Flood protection scheme to be developed for Bantry