The Government will consider extending a rent freeze and a moratorium on evictions which were introduced as emergency measures at the start of the Covid-19 crisis.

They were due to expire on 20 July, but Minister for Housing Darragh O'Brien told the Dáil that he will write to Minister for Health Stephen Donnelly to ask if the public health advice merits an extension.

"If it is justified, I will bring a proposal to Government accordingly," Mr O'Brien said.

"I will consider the economic situation as well and possible further measures that may be put in place should they be needed."

He was responding to a motion tabled by the Labour Party calling for further State supports for tenants in rental accommodation who, the party said, have been disproportionately affected by job losses as a result of Covid-19.

Labour's spokesperson on education, Aodhán Ó Ríordáin, said more than a third of those working in the hospitality and food sector, 27% in the retail sector and 21% of those in construction, are living in rental accommodation.

He said some 200,000 renters are in sectors most severely affected by job losses.

Solidarity-People Before Profit TD, Richard Boyd Barrett, said there was no need to consult with the Minister for Health on whether to extend the measures, because it is "self-evident" that evicting people to hostels, hotels or the streets was "utterly incompatible" with public health guidelines.

Sinn Féin housing spokesperson Eoin Ó Broin said the Government must extend the ban on rent increases as a matter of urgency. 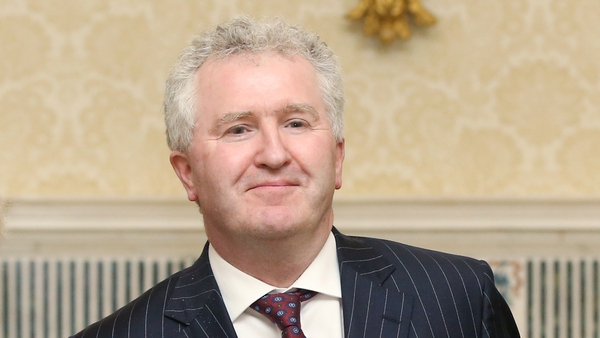