The Green Party has joined both Fianna Fáil and Fine Gael in giving its backing to the programme for government, paving the way for a historic coalition between the parties.

The party voted 76% in favour of backing the deal - above the two-thirds majority required.

It comes after both Fianna Fáil and Fine Gael respectively voted in favour of the programme earlier on.

Fianna Fáil voted 74% in favour of the deal.

The programme for government was given a resounding backing by Fine Gael, with all groups within the party voting in favour of entering the coalition with Fianna Fáil and the Green Party.

Overall 80% backed the programme, which paves the way for a government that will be led by Fianna Fáil leader Micheál Martin for the first two-and-a-half years of its term in office.

Micheál Martin says it is 'a moment of opportunity and a moment of hope'. He was speaking during a Fianna Fáil live stream, after his party backed the programme for government. | Follow live updates: https://t.co/523jIeq5PO pic.twitter.com/Xo6mdCEE4v

Some 57% of Fine Gael councillors voted in favour, with 71% of the party's constituency delegates supporting it.

It got a 90% backing within the Fine Gael parliamentary party, while 85% of the executive council voted in favour.

Mr Martin said he was delighted that his party "overwhelmingly endorsed" the deal.

He said the party had been given a mandate to go forward with the programme, and described this as "an important day" which was "both a moment of opportunity and of hope".

Fine Gael leader Leo Varadkar says he is 'confident and hopeful' that all three parties will endorse the programme for government today, after his party backed the deal. | Follow live updates: https://t.co/46ysU41Eot pic.twitter.com/W255M1v8Km

Fine Gael leader Leo Varadkar said his party is going to enter a third term in Government, and that this coalition was united and strong and up for the challenge.

Following the vote, the Green Party leader Eamon Ryan said there is a sense of responsibility on the party and they would now commit with their coalition partners to getting the country out of the economic crisis.

Welcoming the party's decisions to accept the programme for government, deputy leader Catherine Martin said she understood the views of those members who did not support the deal.

But she assured them that their voices have been heard and that they will work every day to ensure that the Government will deliver for all the people of Ireland.

Eamon Ryan said the biggest challenge is the restoration of biodiversity, and he wants to 'stop the madness' of climate change. He added that he believes they can work with their coalition partners on these issues. | Read more: https://t.co/vxO7sEePpQ pic.twitter.com/sAsZtr09cH

Mr Martin is now set to be elected as Taoiseach at a special meeting of the Dáil tomorrow.

The new Cabinet will also be revealed when the Dáil holds its special sitting at the Convention Centre, to comply with Covid-19 social distancing rules.

Meanwhile, British Prime Minister has congratulated Mr Martin on twitter and said Ireland is our closest neighbour, good friend and ally on issues such as climate change, the global fight against Covid-19 and our shared values on human rights and
democracy.

Congratulations to Ireland 🇮🇪 on forming a new Government and to @MichealMartinTD on becoming Taoiseach. Ireland is our closest neighbour, good friend and ally on issues such as climate change, the global fight against Covid-19 and our shared values on human rights and democracy. 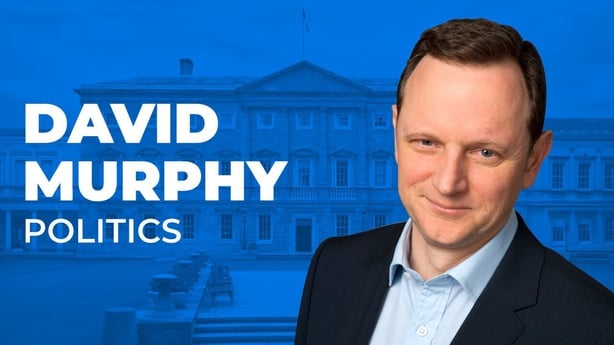 The decision of the three parties to approve the programme for government now paves the way for a ground-breaking coalition at a time when Ireland struggles with the fallout from the Covid-19 pandemic.

When Micheál Martin takes over the Taoiseach's office at lunchtime tomorrow he will face the long and difficult task of trying to revive the economy.

Some businesses will survive. Others have already closed their doors permanently.

After he appoints his new Cabinet, Mícheál Martin will nominate new Senators in order to swiftly renew the powers of the Special Criminal Court.

Following that move his administration will have to introduce legislation to enact supports for businesses.

Banks are preparing to release cash to businesses once those government supports are in place.

The task of reviving Ireland's companies has become more urgent as the outgoing government has brought forward the easing of restrictions.

That meant thousands of workers are returning to jobs in an uncertain climate, earlier than previously expected and businesses need cash quickly.

Now the new three-party coalition will be judged on its job of navigating the economy through the crisis.

The well-being and livelihoods of thousands of citizens will depend on its actions over the coming weeks. 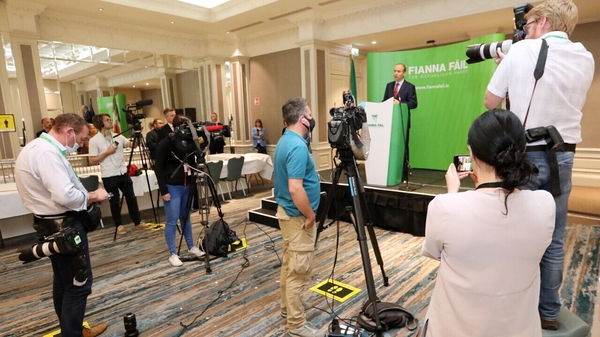