Gardaí are unable to investigate complaints of cyber crime like harassment or abuse because they do not have devices in their stations to examine them, an Oireachtas Committee has heard.

Chair of Digital Rights Ireland TJ McIntyre said that, in some cases, individual gardaí have to use their personal mobile phones or other devices to examine the alleged crime.

Addressing the Justice Committee, which is examining the issue of online safety, Mr McIntyre said there are problems with resourcing and training in An Garda Síochána which means existing laws are not being enforced.

He said the case of Fiona Ryan and her fiancé Jonathan Mathis who said they were forced to leave the country as a result of online racist abuse after they featured in a Lidl ad campaign, highlights the difficulties in addressing this type of online harassment.

Mr McIntyre also told TDs and senators that resources given to the Garda Cyber Crime Unit have not kept apace with changes and that the number of gardaí within it has remained more or less unchanged - at between 20 and 30 - in the past decade.

One problem is that a wide range of "ordinary crimes have become cyber crimes," he said. So, for example, the evidence on laptops, phones and other devices needed in many investigations now involves the Cyber Crime Unit.

"This has the effect of crowding out investigations into online harassment, given the need to carry out forensic examinations in respect of other types of crimes as well," Mr McIntyre said.

Also addressing the Committee, Barrister Ronan Lupton said the Incitement to Hatred Act needs to be updated, but he accepted that doing so would be extremely complicated.

"The difficultly with that particular Act is that you have gardaí who are sent to locations where people are protesting or are saying things on platforms where they have multiple thousands of followers.

"What can an individual garda at Irishtown station do in terms of walking in and prosecuting under sections two, three and four of incitement to hatred legislation?

"It would be a very brave step to do that and face the baying mob that we have seen in recent times.

"So is there a need for a reform or updating of that legislation? The answer is a categorical yes. The question is how do you do it, it is extremely complicated."

The Government has been criticised for not showing leadership to address online harassment and harm.

She said that "harvesting dollars from a child in the attention economy is not about celebrating access, it is about exploitation".

Dr Aiken said defending freedom for adults to speak and express opinions does not mean giving adults a license to exploit and harm children.

"I passed an Eason store on the way here. I didn't see any glossy magazines on the lower shelves promoting self-harm, DIY suicide or anorexia freely available to children beside the comics. It is a repugnant idea of course but this is the reality of the internet," she said.

Dr Aiken made a comparison to "big tobacco" and the opioid crisis, which she said have "shown the damage that can be done when commercial interests are allowed to exploit vulnerability and addiction and to operate without restraint".

She said that significant progress has been made to ensure greater protection for children online in the UK but "unfortunately Ireland, an important hub for technology companies, should be demonstrating cyber leadership, but has made little or no progress to date despite numerous investigations and reports".

She also told the committee that legislators have allowed technology companies to effectively define themselves.

"Facebook recently described themselves as a movement, but where is the accountability?" she asked.

"It is up to policymakers and legislators to say we are going to define you, you're a broadcaster, you are a publisher'. 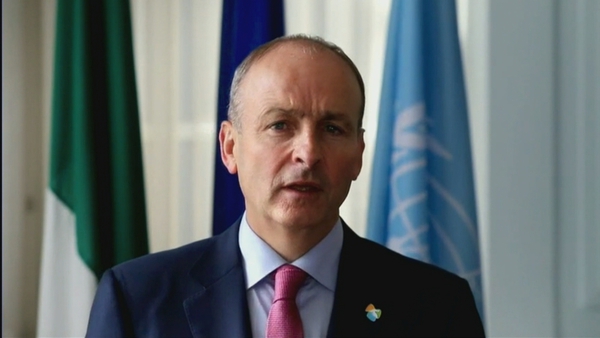