It's 24 years since the people of Ireland voted in favour of ending the country's long-standing ban on divorce. It was lifted by only the narrowest of margins with 50.3% voting in favour and 49.79% against. 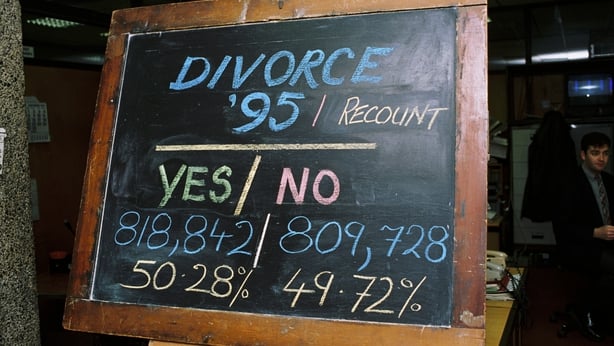 That was a considerable change in outcome from a previous referendum held nine years earlier. In 1986 Irish people voted strongly against liberalising the divorce laws by a 25% margin.

After the referendum in 1995 the prohibition of divorce was removed from the Constitution and was signed into law in June 1996.

The campaign had been marked by deep divisions, memorable quotes and dramatic predictions."Hello Divorce - Bye Bye Daddy" was one of the dramatic slogans used by the no campaign. 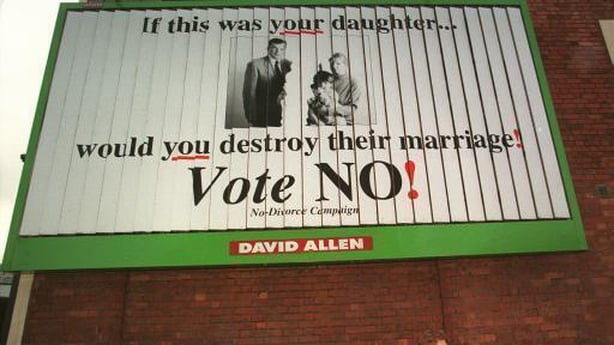 Some opponents of divorce said Irish men would desert their wives. However, the results of the referendum did not usher in the "divorce culture" the No side feared. 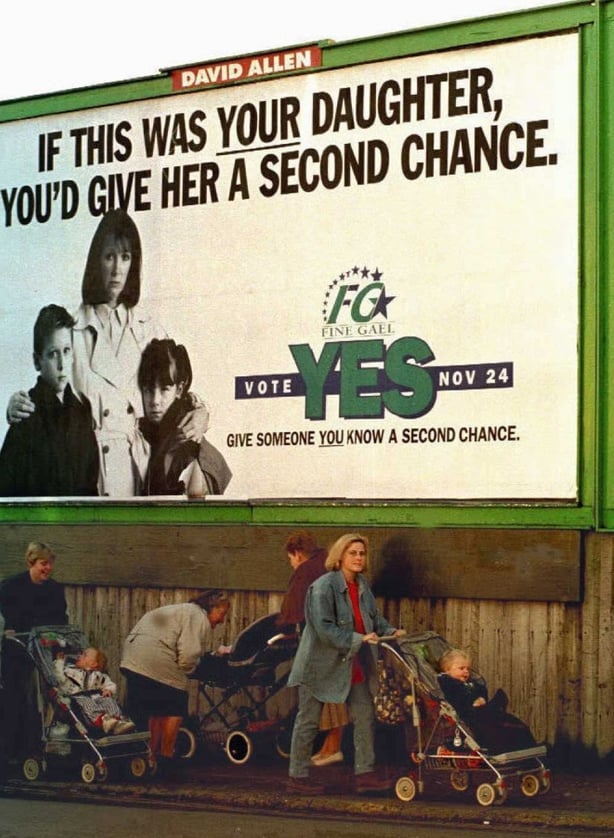 Historian Diarmaid Ferriter says the 90s in Ireland was a difficult decade: "We often talk about the 1986 referendum as an illustration of the moral civil wars that were going on at the time.

"The Referendum of 1986 came on top of an awful lot of difficult and emotional debates about the status of the Irish family and hidden histories.

"There were a lot of public controversies about teen pregnancies and abortion, so the atmosphere was very difficult.

"In contrast the debate in the later referendum in 1995 wasn't quite so abstract and there was more focus on the reality and the fact that people were in broken down marriages.

"There was also a lot more reliable information about how many people were in this situation. It was calmer but it was still emotive and there was a razor thin difference between both sides in the end."

He said: "It was widely accepted during the 1995 referendum that there were at least 80,000 people affected by marital breakdown and that meant that the ideal, as was protected supposedly in the Constitution was not reflecting the reality of what people were experiencing.

"There was a questioning as to whether the Constitution needed to contain this unrealisable idea of marriage for many people and I think a degree of pragmatism began to enter the debate."

John Bruton, the Taoiseach at the time of the 1995 Referendum, said it was vital that Ireland amend its constitution to allow divorce.

It was his believe that a second "No" vote would damage Ireland's image as a tolerant, progressive country and increase tensions in Northern Ireland. 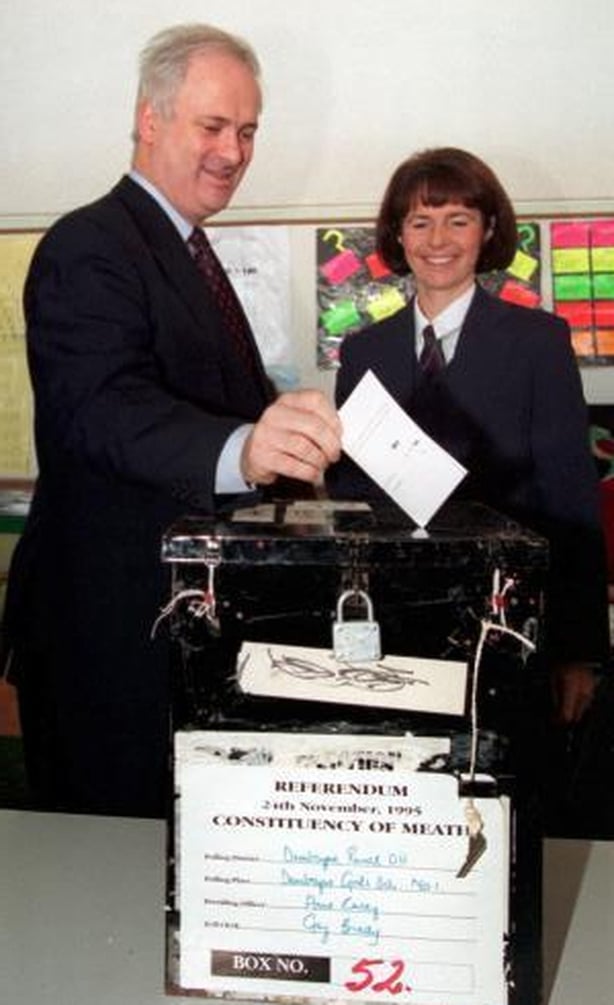 Church officials and anti-divorce advocates ran an equally fierce campaign, with warnings that divorce was "un-Catholic" and would lead to instability in Irish society.

In the 1986 campaign, the church emphasised the problems divorce would create in property rights.

However, by 1995 the Government had established procedures for dealing with property.

The bishops then changed their argument saying that "any undermining of the meaning of the marriage promise would profoundly damage the stability of society," without mentioning property.

Mr Bruton, in a statement at the time, said the church attitude was "unproductive," and argued that the bishops were wrong in stating that permitting divorce would devalue the marriage vows of Catholics.

Mr Bruton said broken marriage was "a growing reality in Ireland at the time - which the Catholic Church, despite its extensive influence on the opinions of many, has not so far been able to reverse."

In the end the yes side limped over the line with just 50.3% of the vote.

Ireland was one of the last countries in Europe to lift its ban on divorce and the passing of the Referendum was considered an important social shift forward.

On a geographical front the country was divided with a strong yes vote in Dublin, Wicklow and Kildare.

Cork South Central, Limerick East and Louth also voted yes and the rest of the country said no.

There is a theory that the weather affected the vote and some believe that if it hadn't rained heavily on the day in the largely No-vote West, the referendum could have been lost.

Over two decades after this momentous time in Ireland's history voters will go to the polls again to say whether they want to remove the time period for divorce out of the Constitution and into the hands of the Oireachtas.

Current ministers want to reduce the "pause period" for divorce from four years to two.

It's unlikely that the upcoming Referendum will ignite even a degree of the emotion and debate that happened in the 80s and 90s as the reality of Irish family life has completely transformed since that time.