Now that the political colossus of European elections, Brian Crowley, has exited the stage, the dynamic of the constituency he dominated electorally since 1994 has completely changed.

Lie of the land

It comprises 12 counties, three major cities and has population of more than 1.89 million people.

This is huge area with 23 candidates trying to win one of the five seats on a sprawling patch of ground that runs from Bray to Ballinskelligs.

It covers the six counties of Munster plus six of the counties in Leinster including: Carlow, Kilkenny, Laois, Offaly, Wexford and Wicklow.

There is an extra seat here in this election but it comes with a caveat. If Britain is still part of the EU on 24 May, then the candidate that secures the last seat will remain in political cold storage until Brexit happens.

Three of the four sitting MEPs are putting their names before the voters once again - Deirdre Clune FG, Sean Kelly FG and Liadh Ní Riada SF.

Brian Crowley, the political colossus of European elections, has exited the stage. His departure changes the dynamic of a constituency that he dominated electorally since 1994. Last time he won more than 180,000 votes and had surplus of around 50,000.

Fine Gael were the most successful party here five years ago and both former the GAA President Sean Kelly, and Cork City based Deirdre Clune look well placed to retain their seats in an expanded constituency.

But it's that very expansion that could pose a difficulty for Deirdre Clune in particular.

Cue Junior Agriculture Minister and Wicklow based TD Andrew Doyle. What's more his late mother hailed from Laois, the county along with Offaly which has been added to Ireland South. Five years ago another politician from Wicklow, Simon Harris, came very close to taking a seat ahead of Deirdre Clune. A similar scenario this time around is quite possible.

One sitting MEP who won't have to face any internal turf wars is Sinn Féin's Liadh Ní Riada. In 2014 she would emerge from political obscurity to comfortably win a seat. Last year her run in the presidential election was far less successful and it actually saw a decline in the party's core vote. However, Liadh Ní Riada is now a household name and it's difficult to see any circumstances where she won't retain her seat in less than three weeks' time.

Fianna Fáil will be confident too that it will win a seat in Ireland South with Cork North Central TD Billy Kelleher keen to trade 22 years in Leinster House for a new role in the European Parliament. He won over the initial hesitance of his party leader to get on the election ticket, but it was his running mate Malcolm Byrne, who in fact won top spot at the party's selection convention. The Wexford man adding too that he believes Brussels should not be the sole preserve of retiring politicians. Ouch!

This will be a competitive internal battle but it's Billy Kelleher who looks best placed to take a seat with Malcolm Byrne having an outside chance of being in contention for the last seat.

To get there he must first go toe-to-toe with fellow Wexfordian Mick Wallace. The Independents 4 Change TD is a widely recognised figure, and in a contest like this one, that is a precious commodity. He stands a good chance of winning a seat but there is one fact worth noting. It centres on the significant vote decline he suffered in the last general election.

His share of the vote in Wexford then was almost halved compared to 2011. If he is successful it would be the first election of an independent candidate here since Kathy Sinnott won a seat in 2004.

In the election that followed it was a young Labour Senator, Alan Kelly, who ousted Sinnott after a long count to decide the last seat. Labour would no doubt be happy if their candidate Sheila Nunan is in the final shake-up when the votes are counted on 26 May. Ms Nunan is the General Secretary of the country's largest union, the Irish National Teachers' Organisation.

Independent candidate Diarmuid O'Flynn finished well ahead of Labour in these elections five years ago. The prominent campaigner from Ballyhea in north Cork won more than 30,000 first preference votes and remained in the hunt until the tenth of 12 counts. He has also been immersed in the workings of the European Parliament since then in his role as assistant to MEP Luke 'Ming' Flanagan.

For the Greens, Grace O'Sullivan will hope that the focus on climate change will increase support for her party in this constituency. Last time it stood at just over 4%. In the years that have followed the Waterford-based politician has been elected to the Seanad and has contested a Dáil election, all of which will have boosted her profile ahead of this vote. It all points to the possibility of a seat gain here for the Greens.

Solidarity-PBP candidate Adrienne Wallace is putting a focus on young people, who she says, need to feel like politics represents them. From Carlow she also contested the general election in 2016.

There are 12 other candidates in the field, from the smaller parties and the Independent ranks, all of whom will hope their campaigns gain momentum in the days ahead as the clock ticks down to polling day on 24 May.

Given the support ratings of their respective parties and the high recognition factor associated with each of them: Sean Kelly Fine Gael, Billy Kelleher Fianna Fáil and Liadh Ní Riada Sinn Féin look on course to win seats here.

Mick Wallace Independents4Change is also well placed to be in the final shakeup.

Given her location in Cork City, Deirdre Clune Fine Gael should edge out Andrew Doyle to take a seat. Grace O'Sullivan Green Party, Sheila Nunan Labour and Malcom Byrne Fianna Fáil all have an outside shot here. 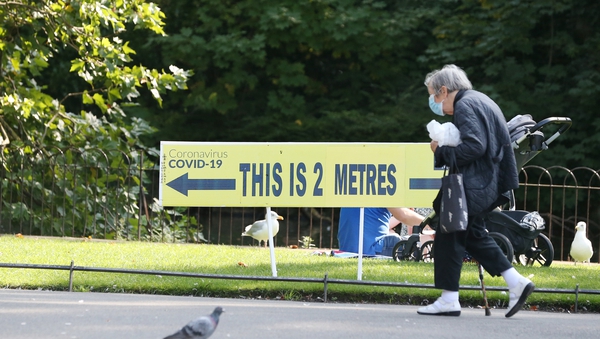 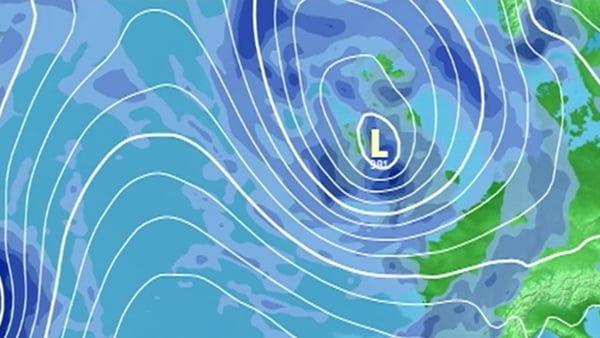 Govt to bid for relocation of EU forecaster to Ireland 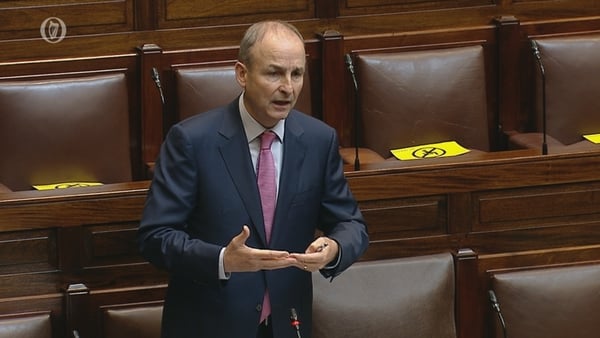