It's over two decades since divorce was legalised in Ireland, and voters will go to the polls again in the coming months to vote on reducing the four-year wait for divorce to two years.

What exactly will voters be asked to vote on in the upcoming referendum?

The public will go to the polls in May to vote in a referendum asking whether or not to ease the restrictions on divorce in Ireland and remove the minimum waiting period from the Constitution.

At the moment the Constitution only permits divorce where certain conditions are met, including that the spouses have lived apart for four of the previous five years.

The new proposals would reduce that to two years out of the previous three.

It would take the waiting period out of the Constitution and the Oireachtas would be in charge of legislating on the time period for divorce.

Other constitutional protections dealing with divorce would remain in place if the referendum is passed.

These include the requirements that there be no prospect of reconciliation and that proper provision exists for spouses and children in the event of a divorce.

If the referendum change is approved only a court will be entitled to grant a divorce under strict conditions.

The referendum will also ask voters if they want to change the constitutional position on foreign divorces.

It will propose deleting the section of the constitution that does not recognise a divorce registered outside the country.

It would be replaced with a wording that would allow for a change in the law to recognise the "dissolution of a marriage granted under the civil law of another state." 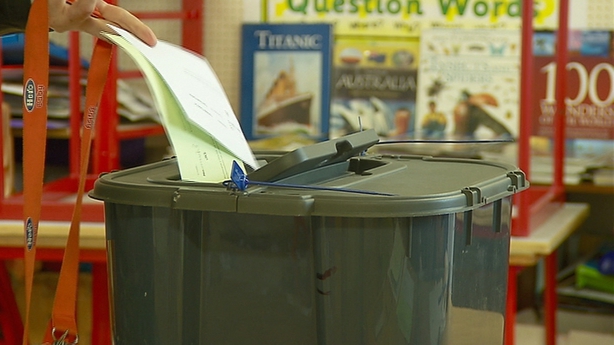 When will the referendum take place?

The referendum will take place on the same day as the local and European elections on Friday 24 May this year.

Who proposed the legislation?

Minister for Culture Josepha Madigan proposed a constitutional amendment to reduce the waiting period for divorce from four years to two years when she was a backbencher.

The Government has now gone a step further proposing to take the waiting period out of the Constitution, so the Oireachtas would legislate to deal with divorce and propose a waiting period from two to four years.

The Government has also announced the establishment of a Referendum Commission for the upcoming vote.

Why change the current legislation?

Supporters of the referendum say waiting four years for a divorce is a difficult time for people when they are going through a separation.

They say people can be stuck in limbo and it can result in increasing the hostility between couples.

Roddy Tyrell, a solicitor from lawyer.ie who specialises in family law, says he supports changes to divorce laws.

He said: "Two years separated in the previous three years is just about right for people to coming to terms with the fact that they are separating - four years was extreme in my view.

"I'm doing family law for 30 years and only once did I see a couple walk out of the Family Court and agree to stay married."

Mr Tyrell added: "If people have to wait four years the marriage is just a zombie marriage and people can't move on."

What concerns have been raised about changing the Constitution?

David Quinn, Director of the Iona Institute, has concerns about removing the waiting period completely from the Constitution and putting it in the hands of the Oireachtas.

He says he has no objection to reducing the waiting period from four to two years.

However, Mr Quinn said removing it from the Constitution means it could be reduced further in the future and end up in so called "quick divorce."

Mr Quinn said getting out of a marriage should not be made quick and easy because of the legal commitment couples enter into.

What did the Irish electorate vote for in 1995?

The people of Ireland voted in favour of ending the country's ban on divorce following a tightly contested referendum.

The ban was lifted by only the narrowest of margins with 50.28% voting in favour and 49.79% against.

That was a considerable change in outcome from a previous referendum held nine years earlier. 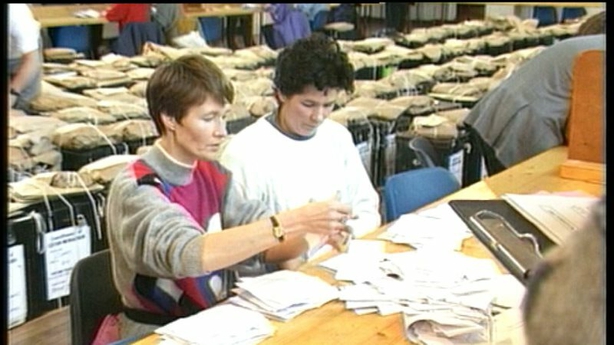 In 1986 Irish people voted strongly against liberalising the divorce laws by a 25% margin.

After the referendum in 1995 the prohibition of divorce was removed from the Constitution and was signed into law in June 1996.

The campaign was very divisive, with dramatic slogans used by the no campaign, including "Hello Divorce - Bye Bye Daddy". 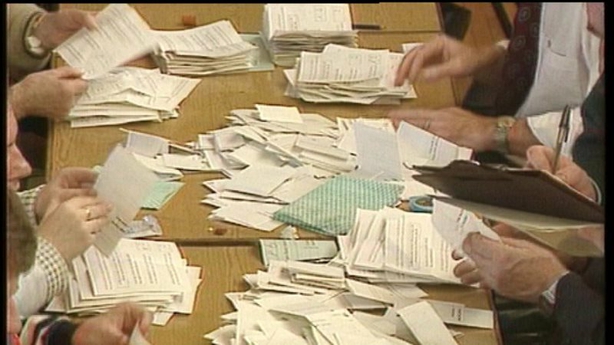 Ireland was the last country in Europe to lift its ban on divorce and the passing of the Referendum was considered an important social shift forward.

What is the situation now as it stands?

There are as number laws on divorce included in Article 41 of the constitution. These include the following:

- A couple must have lived apart from one another for at least four of the past five years.

- The court granting a divorce must ensure there is proper financial provision for spouses and dependent children.

- There must be no reasonable prospect of reconciliation between the spouses.

If the referendum on reducing the time period for divorce passes in May other constitutional restrictions on divorce will continue to be applied. They could only be changed following another Referendum.