To get to the committee rooms in Leinster House you have to walk between the pillars that underpin the historic facade. A relatively new glass building awaits and then there's a steep flight of stairs to the basement.

The location perfectly befits the concepts that members of Oireachtas committees like nothing better than to opine about in their more philosophical moments; namely their efforts to shine a light on the dark corners of Irish life.

However, many who have walked down those steps to the underground on Kildare Street since the late 1990s would take a different view.

The charge they make against the politicians is that they are driven by ego and that most valuable of electoral commodities: public profile.

This week, those opposing arguments were voiced repeatedly as the cervical screening controversy dominated political debate for a third week.

The Taoiseach spoke about the need to find answers away from the politically charged committee rooms.

Dr Gabriel Scally, the man tasked with carrying out a preliminary inquiry into the CervicalCheck debacle, took a similar view.

He wrote to the Government to raise concerns that the "fevered atmosphere" at committees was distracting the people he needed to interview for his investigation. It is due to report next month.

In the meantime, there is an unseemly turf war being played out between two Dáil committees over who gets to lead the way on this issue. Both the Public Accounts Committee and the Health Committee believe they are best placed to this work.

If this vying for position seems more than a little insensitive given the nature of this controversy, there is plenty for politicians to point to by way of justification for these parliamentary investigations.

Chief among them was the information gleaned by the PAC about those memos written in the HSE that revealed a detailed knowledge of the cervical screening audits.

The PAC was also the forum for possibly one of the most moving contributions ever heard in Leinster House when Vicky Phelan this week told politicians she did not want to die in vain. 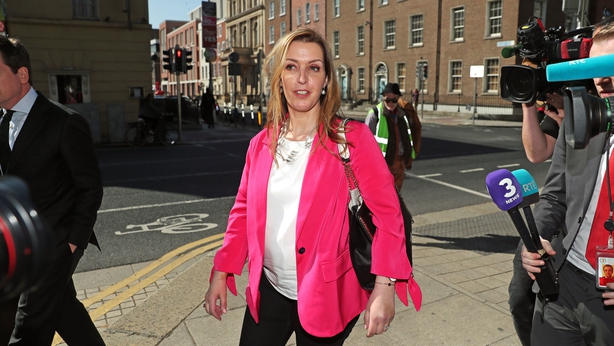 Her call for accountability but not revenge was applauded by everyone in the room. It was indeed a rare moment. And for a while at least it elevated the proceedings high above the political squabbles often aired in the committee rooms.

But whether the accountability Vicky Phelan is seeking can be delivered in this political cauldron is not clear.

That’s because just beneath the surface there’s a sense that a widening schism is emerging between politicians and civil servants. Listen closely and many of the later group believe it is them alone who are being held accountable in the political arena.

It’s a view that is heightened by the realities of new politics. If the more traditional Dáil arithmetic was in place, then the cancer screening crisis would inevitably have led to a confidence motion being tabled. The impending referendum and the fear that such a motion could bring down the entire Government prevented any move in that direction.

That all means the focus remains almost exclusively on civil servants. In that atmosphere, the job of unravelling all the facts around controversy at a committee could prove to be extremely difficult.

Then there’s the constraints imposed on committees by a Supreme Court judgment almost 17 years ago.

Back then, an Oireachtas committee tried to carry out an investigation into the shooting of John Carty by gardaí in Abbeylara in April 2000. The court ruled that such inquiries do not have the power to make findings of fact or expressions of opinion adverse to the good name or reputation of citizens.

From that moment on committees were constrained in their investigations, so much so that the Government decided to hold a referendum on the issue in 2011. They asked people to give the Oireachtas the power to hold more powerful hearings. The proposal was rejected by 53% of voters.

But still the work goes on. Sometimes committees get criticised for failing to show enough teeth, think back to the banking inquiry.

Other times they are accused of having "blaggarded" witnesses - this is what the former Rehab boss Angela Kerins claimed in a Supreme Court case over her treatment by the PAC.

And on occasion they are advised to back off a controversy and to stick to their more mundane terms of reference. Advice, of course, that will never be heeded.

That’s not good news for the many ashen-faced witnesses who wearily walk out the front gates of Leinster House after seven hours of abrasive questioning. But on balance it’s something that surely benefits a functioning open democracy.