The Governor of the Central Bank, Philip Lane, has said that he will meet UniCredit whistleblower Jonathan Sugarman.

Mr Sugarman was the risk manager at UniCredit Bank Ireland in 2007, when he reported liquidity breaches at the bank.

Finance Committee Chairman John McGuinness said the way in which the Central Bank had dealt with Mr Sugarman's claims had "sent out the wrong signals".

"He had no other motive than to do the right thing," he said.

"What would other whistleblowers or risk managers say looking at Mr Sugarman? That he questions the approach of the Central Bank. Why wasn't that addressed?"

"It was addressed," replied Prof Lane.

"Our conclusion was that the breach was temporary and that it didn't last longer than a day."

Mr McGuinness said Mr Sugarman "had lost his health and his job out of the obligation that he had under legislation to report to the Central Bank".

Prof Lane said Mr Sugarman's claim was investigated, and the conclusion of the bank was that "it was a temporary breach, it was not systematic, it was not recurrent". 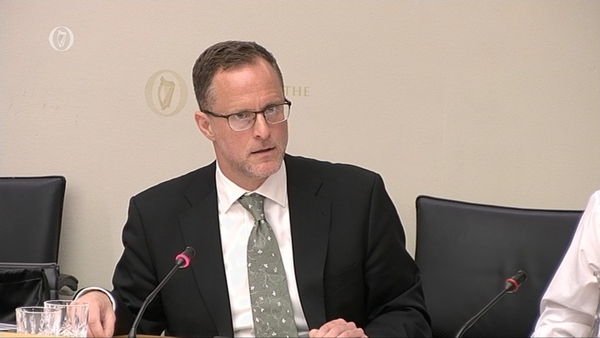