History was made at the weekend when Sinn Féin won most seats in a Stormont election for the first time, and the right to appoint a first ever nationalist First Minister.

The centre ground Alliance Party also made an historic breakthrough with a record number of seats.

But now it appears that history is about to be repeated with Stormont heading into another period of deadlock, talks and uncertainty.

Taoiseach Micheál Martin had separate telephone conversations on Monday with each of the leaders of the five main parties at Stormont about the prospects of a restoration of power-sharing.

The messages they received were the same.

Sinn Féin, the Alliance Party, Ulster Unionists and the SDLP have all said it is time to get back into government to deal with issues such as the health service and cost of living crisis.

DUP leader Jeffrey Donaldson says he is keen to get back to deal with those issues too, but that the conditions are not right. He has made clear that the seemingly never-ending dispute over the Northern Ireland Protocol must be resolved first.

So, when Sinn Féin nominates Michelle O'Neill as First Minister at the first meeting of the new Assembly on Friday, the DUP will refuse to nominate a Deputy First Minister.

As they are joint offices, that means Michelle O'Neill cannot be appointed and that a new power-sharing Executive cannot be formed.

The parties will then have up to 24 weeks to try to reach agreement.

Before that, Jeffrey Donaldson must announce whether he intends stepping down from his position as a member of the British parliament for Lagan Valley. The law means he can't double job as a Westminster MP and a Stormont Assembly member. He must make that decision this week.

If he decides to stay at Westminster and co-opt someone to fill his Assembly place on an interim basis that will be a sure sign that he does not expect agreement any time soon.

The British government appears to believe this could be a long haul.

Brandon Lewis did not meet the party leaders in his usual abode of Stormont House, but in a new recently opened Northern Ireland Office headquarters in Belfast city centre.

As well as moving location, new additional staff have also been deployed there.

In the absence of a dramatic breakthrough on the protocol issue, it could see a lot of activity in the weeks and months ahead. 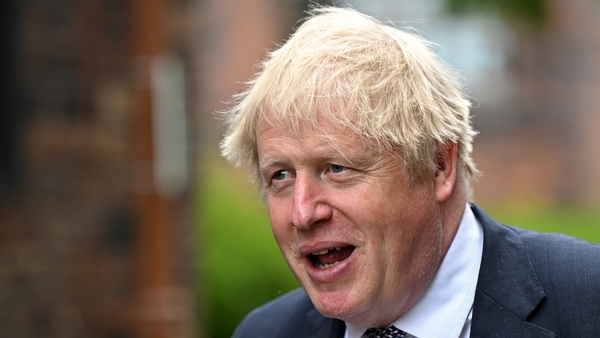