The three babies, whose gender is still unknown, were born on 19 June after a gestation period of 102 days. 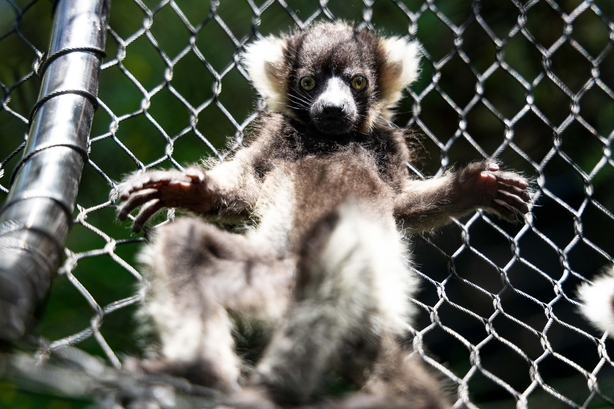 All types of lemurs are native to Madagascar and are now considered to be one of the most threatened mammal families on earth, with 79 of the 81 species considered by the IUCN to be in danger of extinction.

Three species of lemur live at Fota - the black-and-white ruffed lemur, the ring-tailed lemur, and the red-bellied lemur - and the park takes part in ex-situ breeding and management programmes for all three species. 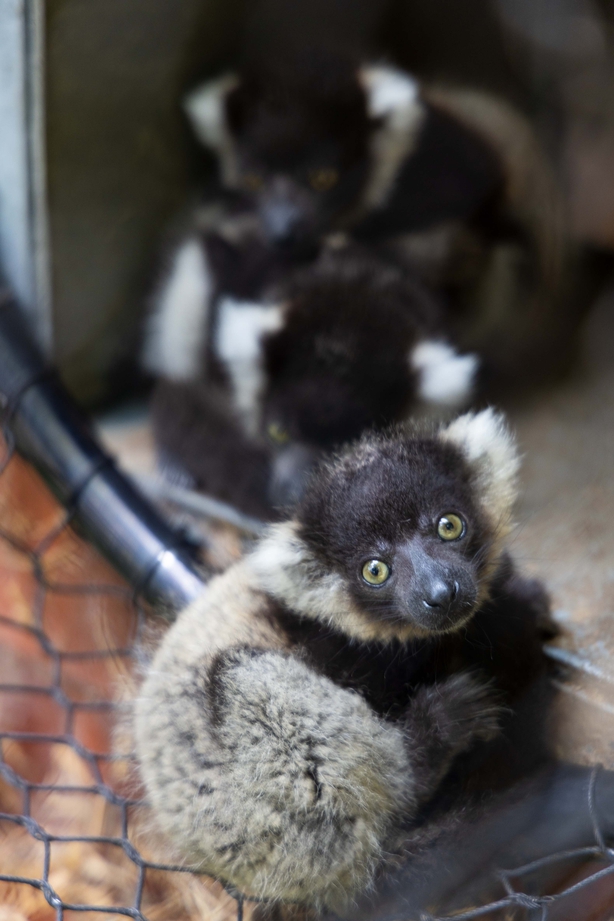 Madagascar is a unique biodiversity hotspot; more than 80% of all its flora and fauna can only be found on the island.

However, it is under threat from deforestation, hunting and illegal trade in wildlife. 90% of native forest cover there has now been lost, according to Fota.

Senior Ranger Cathriona Ní Scanaill said they are delighted with the lemur births: "Cloud is a very experienced mother who takes it all in her stride. The three youngsters so far seem very confident and active. Most days, they play in the tunnel leading onto their island habitat." 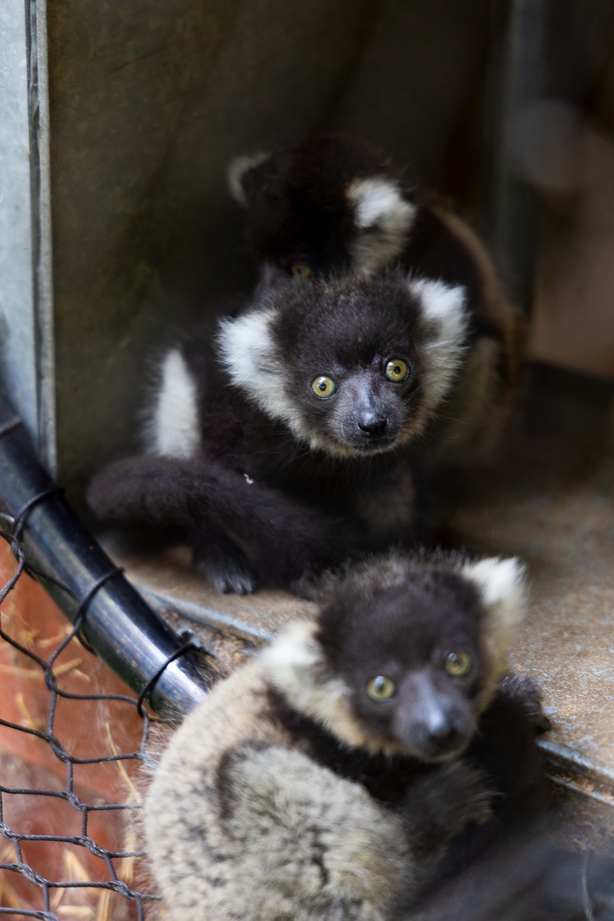 Fewer than 250 black-and-white ruffed lemurs remain in the wild today.

Ruffed lemurs are an unusual lemur species that display very primitive primate behaviour - they build and give birth to their young in a nest.

The young are almost naked at birth and cannot cling to their mother, as in other primates. The female will often carry the young in her mouth when moving them from one nest to another. However, the young reach maturity more quickly than other lemur species.

Ruffed lemurs are also the world's largest pollinator. When the ruffed lemur feeds on nectar, by sticking its long nose deep into the flower, the lemur’s snout becomes coated with pollen which is then transported to other flowers, making the animal a vital pollinator of the Traveller’s Palm tree in Madagascar.

The public can help to name the new arrivals on the Fota Wildlife website.