More than 70 shells embedded in a footpath outside a Bangkok shopping mall have been found to be the fossils of marine creatures that lived more than 66 million years ago, Thai experts have confirmed.

An eagle-eyed shopper first spotted the snail-shaped fossils, measuring up to 12cm across, dotted along a 400-metre stretch of pavement by the Siam Square shopping centre in a major tourist district.

Palaeontologists from the Ministry of Natural Resources and Environment investigated and found 77 ammonite fossils. 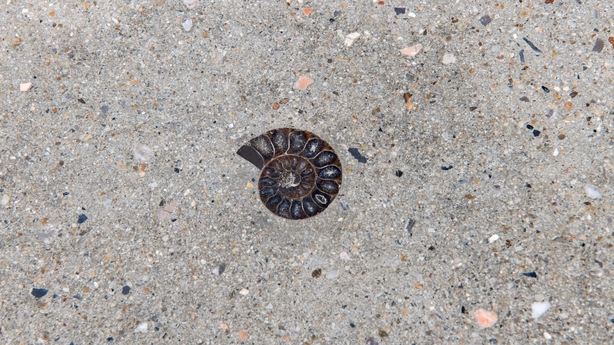 Ammonites are marine creatures believed to have died out 66 million years ago, Preecha Saithong, director of the ministry's fossil protection division, said.

"The ammonites are real," he said, adding that the fossils differed from ones usually found in Thailand.

Local media reported that the footpath was repaired two years ago and the shells may have been inserted into the concrete as decoration by sub-contractors.

The fossilised ocean-dwelling molluscs, which lived during the Jurassic and Cretaceous periods, are sold as souvenirs in several popular tourist destinations including Madagascar and Morocco.