Tasmanian devils have been born in the wild on Australia's mainland 3,000 years after the marsupials disappeared from the continent, conservation groups have said, raising hopes that a major rewilding effort could succeed.

Aussie Ark and a coalition of other conservation groups revealed that seven of the carnivorous mammals were born inside a 400-hectare sanctuary at Barrington Tops, north of Sydney.

The news came less than a year after 26 adult Tasmanian devils were released in the sprawling sanctuary, which is fenced off to protect them from threats including feral pests, noxious weeds and cars.

At the time, conservationists described it as a "historic" project akin to the successful return of wolves to Yellowstone National Park in the United States in the 1990s.

"Once (the devils) were back in the wild, it was up to them, which was nerve wracking," said Aussie Ark president Tim Faulkner.

"We had been watching them from afar until it was time to step in and confirm the birth of our first wild joeys (babies). And what a moment it was." 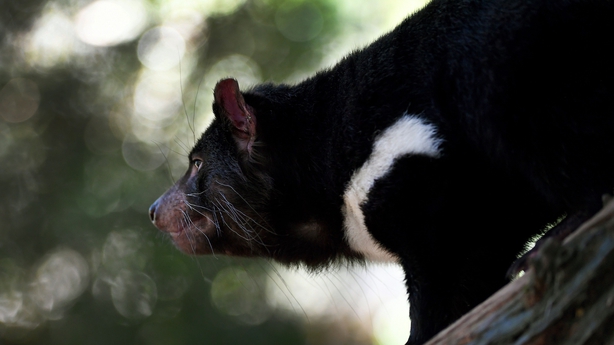 Rangers inspected the females' pouches and found the joeys in "perfect health", the organisation said, with additional health checks planned in the coming weeks.

Tasmanian devils, which weigh up to 8 kilogrammes and have a black or brown coat, prey on other native animals or scavenge carcasses but are typically not dangerous to humans.

On Australia's mainland, they are believed to have been wiped out by packs of dingoes - wild dogs native to the vast continent - an estimated 3,000 years ago.

Known for their extremely loud growl, powerful jaws and ferocity when confronting rivals over food or mates, devils are classified as endangered after a contagious facial tumour disease ravaged the remaining population on the Australian island state of Tasmania.

It is estimated that fewer than 25,000 Tasmanian devils still live in the wild, down from as many as 150,000 before the mysterious, fatal disease first struck in the mid-1990s.

Don Church, president of Re:wild, said the birth of the joeys was "one of the most tangible signs" the reintroduction project on the mainland was working.

"This doesn't just bode well for this endangered species, but also for the many other endangered species that can be saved if we rewild Australia, the country with the world's worst mammal extinction rate," he said.

Aussie Ark plans to release more Tasmanian devils into the sanctuary in the coming years along with quolls, bandicoots and rock wallabies, before eventually introducing the animals to unfenced areas where they will contend with a greater number of threats.