Record temperatures are accelerating the rise of sea levels, melting glaciers and snow coverage and threatening the water supplies for billions, according to a major UN report charting the "increasing and irreversible" impacts of climate change.

The multi-agency United in Science report said the world had seen its warmest five years on record in the last five years, adding that extreme weather events bore "a clear fingerprint" of climate change.

It comes after UN chief Antonio Guterres said nations must use the coronavirus crisis as a springboard to implement "transformational" green policies to make energy, transport, industry and everyday life more sustainable.

If they fail, he warned humanity was "doomed".

The report, coordinated by the World Meteorological Organization, said humanity was not on track to meet the targets for emission reductions that would avert devastating global warming.

It highlighted "the increasing and irreversible impacts of climate change, which affects glaciers, oceans, nature, economies and human living conditions and is often felt through water-related hazards like drought or flooding".

The United Nations' science advisory panel for climate change, the IPCC, has forecast that oceans will rise by up to a metre by the end of the century, and even more after that.

Hundreds of millions of people live in vulnerable coastal areas.

The new report said that between 2016 and 2019 glacier mass loss was greater than all past five-year periods since 1950, adding that sea-level rise was accelerating.

It said 1.2 billion people are currently at risk of flooding and predicted this will rise to 1.6 billion by 2050.

Meanwhile, water scarcity is set to increase, with up to 3.2 billion people predicted to live in areas with insufficient water by 2050, compared to 1.9 billion in the 2010s.

The loss of glaciers will severely impact access to freshwater, with annual runoff expected to peak at a global level by the end of the century and then decline.

However the report said Central Europe and the Caucasus region were at their peak now. 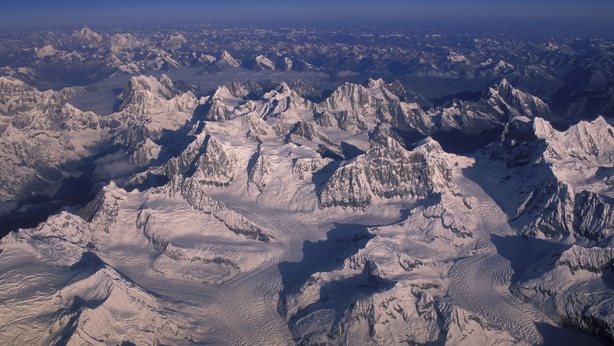 In the Tibetan Plateau - where runoff from snow cover, glaciers and permafrost provides almost half of the regional river flow - the peak is forecast between 2030 and 2050, threatening water access for 1.7 billion people.

That would affect the mighty Mekong river, for one, which originates in the plateau and threads south through six countries.

Earth's average surface temperature has gone up by one degree Celsius since the 19th century, enough to increase the intensity of droughts, heat waves and tropical cyclones.

The UN report said the last five year period would be the hottest on record and that trend was set to continue.

Under the landmark 2015 Paris climate deal, which goes into effect this year, countries agreed to cap the rise in temperature to "well below" two degrees Celsius (3.6 Fahrenheit) above pre-industrial levels.

The United Nations says it is still possible to reach a safer goal of a 1.5C cap in temperature rise, but to get there global emissions must fall 7.6 percent annually this decade.

The report estimated emissions would decline between 4 and 7% this year due to the unprecedented measures put in place to slow the spread of the coronavirus.

During the peak of the lockdowns in April, global emissions were 17% lower than in 2019.

The report said this was equivalent to levels seen in 2006, "highlighting both the steep growth over the past 15 years and the continued dependence on fossil sources for energy".

"The expectations that we have in relation to the next five years about storms, about drought and about other dramatic impacts in the living conditions of many people around the world are absolutely terrible," Guterres said, in interviews published Tuesday with AFP and other members of Covering Climate Now, a global collaboration of news outlets committed to increased climate coverage.