Since Monday, 60 million Italians have been adapting to sweeping restrictions to contain the coronavirus which have upended daily life.

Italian authorities have since issued clarifications about how the rules are intended to impact on almost every aspect of daily life, from getting a haircut to going for a run.

If they can't take advantage of working remotely or a spot of impromptu leave, Italians are permitted to go to work but must carry "self-declarations" stating this is necessary. These declarations can be checked and kept by the police.

Public transport and taxis are still running, but whether there's anyone to take them is another matter.

In Milan, 59-year-old taxi driver Daniele says: "There are no clients; lots of colleagues are already staying at home with nothing to do." 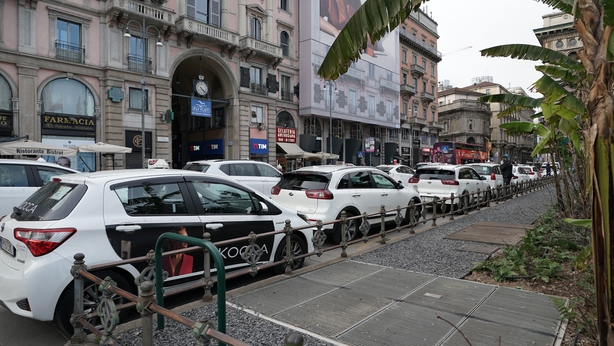 Travelling for the purpose of getting health care or buying essential supplies is also permitted, as is going out for some exercise - as long as someone is on their own and not in a group.

Parks and public gardens can stay open "to ensure the continuance of sport and physical activity in the open".

The transport of goods and animals is also allowed.

Tourism
Trips for the purposes of tourism are "absolutely to be avoided", says the government, with a vital economic sector grinding to a virtual halt.

Tourists already in the country are to restrict their movements to those necessary to return home. 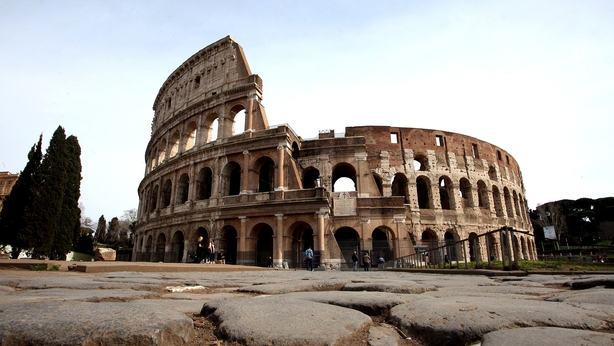 "The region only has one hospital," Mauro Baccega, the regional official in charge of health care, told the Ansa news agency.

The health system is "already under stress, and having to provide care to non-residents can only aggravate the situation", he added.

All cultural, sporting and religious events have been cancelled.

Sports fixtures organised by international bodies are still going ahead, but without spectators. 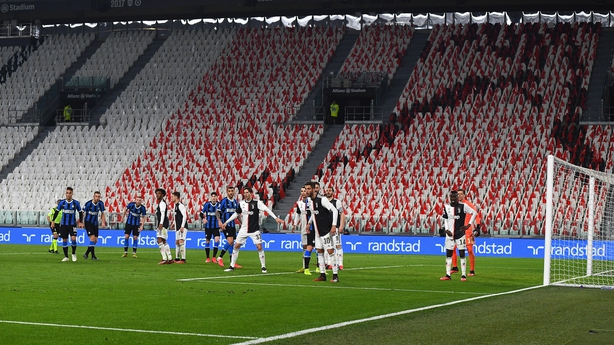 Schools and universities are closed and are exploring new ways to reach students through distance learning.

Bars and restaurants are allowed to open between 6am and 6pm, and are only permitted to offer home deliveries outside these hours.

When they are open customers have to keep at least a metre away from each other.

A woman manning one bakery still open near Rome's Trevi fountain said this was "not difficult to enforce as there are so few people anyway". 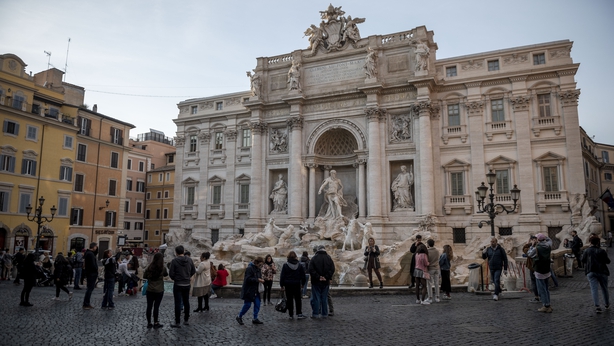 Many establishments have decided to do their bit by closing altogether.

One restaurant in the Trastevere quarter of Rome has a sign announcing it is closing but that when it reopens there will be a "free carbonara day" for all doctors, nurses and healthcare workers "heroically fighting this battle".

Places of worship are open, but ceremonies such as marriages, baptisms, funerals and Muslim Friday prayers are banned.

Mourners in a funeral procession in Sicily were even slapped with fines for turning out.

Following some panic buying after the strict measures were announced late Monday, the government has insisted there are no shortages of essential supplies. 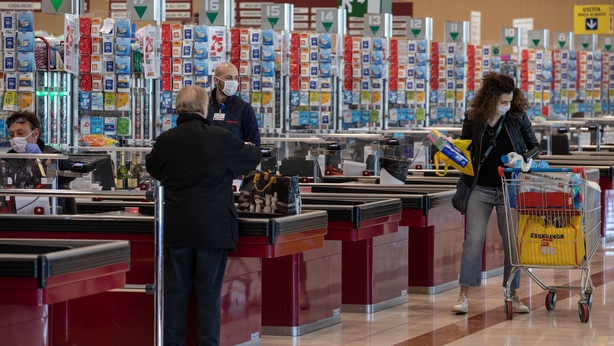 Supermarkets are still open, with cashiers donning masks and gloves, but other businesses such as clothes shops have begun to shut their doors.

Hairdressers, barbers and beauticians are allowed to stay open in most of the country but must receive clients one by one, by appointment only, and wear protective gear.

However the Campania region, which includes Naples, has ordered such businesses to shut until 3 April .

Going to your parents' for a meal is not considered "essential" and therefore will not be deemed a good enough reason to travel.

Divorced parents can however continue to move in order to see their children.

Looking after elderly relatives is not banned, but contact is to be avoided as much as possible.