A "doomsday vault" nestled deep in the Arctic has received 60,000 new seed samples, including Prince Charles' cowslips and Cherokee sacred corn, increasing stocks of the world's agricultural bounty in case of global catastrophe.

Mounting concern over climate change and species loss is driving groups worldwide to add their seeds to the collection inside a mountain near Longyearbyen on Spitsbergen Island in Norway's Svalbard archipelago, about 1,300 kilometres from the North Pole.

The "Noah's Ark" of food crops is set up to preserve plants that can feed a growing population facing climate change.

"As the pace of climate change and biodiversity loss increases, there is new urgency surrounding efforts to save food crops at risk of extinction," said Stefan Schmitz, who manages the reserve as head of the Crop Trust.

"The large scope of today's seed deposit reflects worldwide concern about the impacts of climate change and biodiversity loss on food production."

The head of the genetic bank of the Nordic nations, Lise Lykke Steffensen, said every single seed in the vault "holds potential solutions for sustainable agriculture".

"Solutions that are vital for feeding a growing population and achieving a green transition," she added. 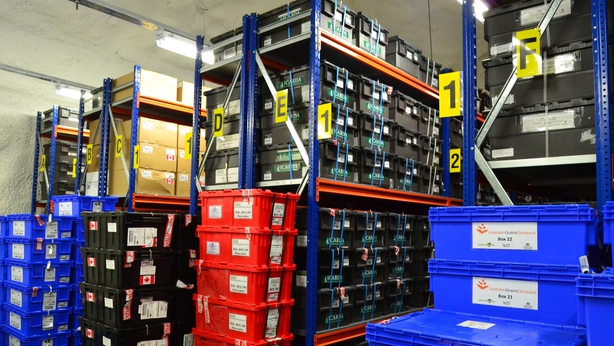 A total of 36 regional and international institutions have contributed to the 60,000 samples that were deposited today.

The new arrivals include staple crops such as wheat and rice, as well as wild varietes of European apple trees.

Also among the seeds are beans, squash and corn from the Cherokee Nation - the first Native American group to send crops to the vault - including their sacred White Eagle corn.

Britain's Prince Charles, who is known for his environmental advocacy, sent the seeds of 27 wild plants, including cowslips and orchids collected from the meadows of Highgrove, his country home.

"It has proved to be an exhausting and often demoralising task to persuade people of the utterly essential role played by all this diversity in maintaining vibrant, healthy ecosystems that sustain both people and our planet," the Prince of Wales said in a statement.

"It's more urgent than ever that we act now to protect this diversity before it really is too late," he added.

The latest shipment will bring the number of seed varieties, stored in three underground alcoves at an optimum minus 18 degrees Celsius (-0.4 degrees Fahrenheit), to 1.05 million.

The seed bank has the capacity to hold up to 4.5 million samples.

Around two or three million samples "would be a good idea to make the future of the food of mankind even more secure," Mr Schmitz told AFP in the freezing cold of Longyearbyen.

Little betrays the huge size of this granary for humanity on the icy mountainside except for its distinctive entrance: two towering grey walls emerging from the bowels of earth, topped with mirrors and pieces of iron creating a reflection that glimmers in the darkness of the polar winter. 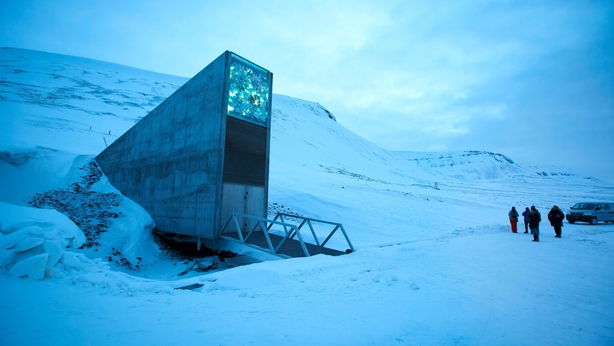 The seed store was launched in 2008 with financing from Norway with the aim of safeguarding biodiversity in the face of climate change, wars and other natural and man-made disasters, earning it the nickname "doomsday vault".

Its usefulness was spotlighted during Syria's civil war when researchers were able in 2015 to retrieve from the vault duplicates of grains lost in the destruction of Aleppo.

The countries and institutions that deposit seeds in the vault retain ownership over them and can retrieve them when necessary.

More than 5,000 species of plants are now stored in the Arctic Archipelago, a frozen landscape where almost nothing grows.

The vault has itself been hit by climate change.

In 2016, water seeped into its tunnel entrance when the permafrost that encases it began to melt as Arctic temperatures climbed unusually high.

Norway has since financed work to insulate the vault from further effects of a warming and wetter climate, which scientists say is happening twice as fast in the Arctic than the global average.