Minister for Justice Helen McEntee has said she expects a report to be submitted to her in the coming weeks on a review of familicide and domestic homicide cases.

The study has examined reviews already conducted into familicide, including incidents of murder/suicide, and domestic homicide.

The advisory group established to conduct the work is independent of the Department of Justice and has consulted State agencies, family members of victims and non-governmental organisations.

Minister McEntee said she believes a cross-Government, State response is required to support families in cases of domestic homicide.

The advisory group will make recommendations to the minister on how the State should help and assist close family members after such incidents, as well as proposing how local communities could also be supported.

Minister McEntee said the 2022 Justice Plan had committed to identifying where the management and processing of firearms licensing needed to be reformed, and a decision would be made by the middle of this year on legislative changes required and on a timeline for that legislation.

Last year, a couple and their son died in a suspected double murder/suicide at a domestic residence near Lixnaw.

Eileen O'Sullivan, 56, and her son Jamie, 24,were both found dead at their home in Kilfeighney, Lixnaw in September last year.

The body of 63-year-old Mossie O'Sullivan was found at the boundary of the rear yard of the home.

The Minister with Responsibility for Mental Health said she fully supported calls by the community in Lixnaw for a targeted response to instances of murder/suicide.

"When a critical incident occurs, the knock-on effect to that community is profound. Many of these communities are devastated by grief and shock," Mary Butler said.

The HSE's Cork Kerry Community Healthcare said its Kerry-based resource officer for suicide prevention and a HSE-funded suicide bereavement liaison officer had offered support to the community in Lixnaw after the deaths of the O'Sullivan family.

It said both are still available.

The HSE said its National Office for Suicide Prevention had published new guidance, Developing a Community Response to Suicide, in 2021.

It said this guidance was designed to support the development of community response plans.

The guidance specifically refers to incidents of murder/suicide. One of the main aims of the guidance is to ensure "a timely and co-ordinated response among a number of agencies", the HSE said. 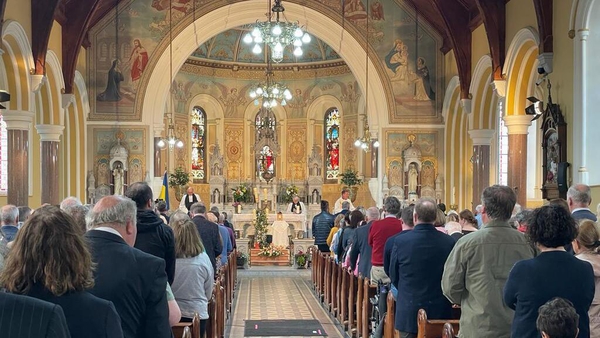