The construction of roads across the country is one of the most expensive and controversial aspects of the Government's revised national development plans.

The 80km M20 motorway designed to connect the cities of Cork and Limerick was first proposed more than ten years ago.

While many agree the current route needs upgrading, the proposals have caused huge division and concern among landowners and business people along the route.

It is designed to improve safety where the number of fatal road traffic accidents on the existing N20 are higher than the national average.

The business case is that it will improve economic prosperity between the two cities, cut journey times by up to 30 minutes, and provide better road access from Cork in the south all the way along the western Atlantic corridor to Galway and beyond.

Minister for Transport Eamon Ryan told a recent Oireachtas Transport committee that the cost of the project, which was first shelved due to the recession, could reach €3bn.

Public consultation, design and planning has taken place over the past two years and while no final route has been confirmed, the preferred route is to construct the motorway parallel to the existing N20, bypassing bottleneck towns like Charleville and Buttevant.

But there will be casualties along the way. It will slice through the 87 acre dairy farm of Jimmy Sheehy, who farms in the Golden Vale at Granagh near Banogue, cutting off 21 acres of his land.

"We know that something has to be done about the road, but why build it on top of some of the best dairying land in the country, that's our argument.

"People like to label us NIMBYs but we simply cannot see why it has to be built on such good land," he said.

There are mixed views in Charleville, one of the main bottleneck traffic points on the current road.

Many there believe the existing roadway needs to be improved, in particular to take heavy goods vehicles out of the town as they cause heavy congestion, but they are adamant that access to and exits from Charleville onto the M20 must be close by.

Paul Murray, whose family have run a business in the town for the past 100 years and who is on the town's Chamber of Commerce, said: "We would be adamant that we get very good access from the motorway and that we get both an entrance and an exit to the town and that they aren't placed 10-to 15 km north or south of the town."

But the Cork Limerick Alliance Group argues there is a better option altogether, and that the motorway should run from Limerick to Caher in Co Tipperary and then onto the existing M8 motorway, bringing traffic into Cork on its busy industrial eastern side.

CLAG Chairman Brian Hyde said this would make much more economic sense, and would cut the cost by up to a third, would use the current road infrastructure, and cause far less disruption.

"We support the view that the road needs to be improved, but it does not have to be to motorway standard," he said.

"Our research shows that the number of vehicles travelling directly between Cork and Limerick pre Covid is only 3,000 a day yet the capacity of a motorway is 57,000 vehicles a day."

"Furthermore the projected number of vehicles per day between both cities is up to 6,000 a day by 2030, which is only 5% of capacity, so the cost of this motorway at between 2-3 billion cannot be justified.

"In addition we believe a better option is to bring the traffic from Limerick out to Cahir upgrading the N24, and connect with the M8 motorway to Cork, and bring the traffic into the eastern side of the city at the Dunkettle interchange with direct access into the deep water port at Ringaskiddy, and the industrial business around Little Island.

"If you develop the preferred route along the N20 it brings the traffic into a guaranteed traffic jam at Blackpool on the north of the city and the upgrading of the N24 would also facilitate traffic to Rosslare which has increased 300% in recent years.

"There is also the impact on climate change," Mr Hyde added.

"Here we are in the midst of a climate crisis and we're talking about building a motorway that is simply going to lock in more carbon emissions at a time when we should be doing the exact opposite. Transport is responsible for around 20% of our overall emissions in Ireland and those figures are scary."

Advancing the M20 is expected in the Government's revised national development plan being published tomorrow, when each big project will be assessed for their favourable or negative impact on the environment.

But it’s likely the M20 project may still drag on, as it could face legal action by some home and landowners.

So there is still a long road ahead. 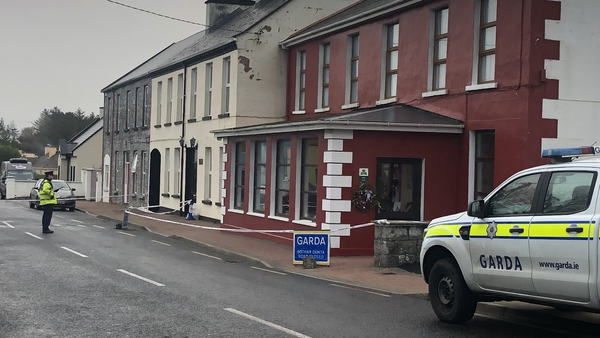