University College Cork has confirmed that 11 students have been suspended following breaches of student rules, among them issues relating to public health.

It is unclear how many of the suspensions relate to Covid-19 restrictions.

In a statement issued this afternoon, UCC acknowledged that while the vast majority of its students have been adhering to national public health guidelines, its Campus Watch had received 11 complaints since the term recommenced earlier this week.

"Every case is considered on its merits and the principle of natural justice applies," the university said.

It went on to say that the hearing of complaints not already resolved informally by Campus Watch have yet to be held, and therefore UCC "is not in a position to comment further on these ongoing cases".

The college has more than 50 support services in place for students and said it "would continue to work together with its students, its community and the local authorities at a challenging time for our society."

In an email to the 22,000 strong student body, Professor O'Halloran said: "In particular, students found to be organising, hosting or attending gatherings which are in breach of guidelines will be subject to sanction, up to and including expulsion from the University where warranted.

"Please do not take actions now that could impact your future."

In general, minor complaints are handled by the Campus Watch Committee, while more serious breaches of the rules are referred to the Student Discipline Panel.

This panel has the power under student rules to impose fines, suspension, removal of library or computer facilities, prohibition to access to campus for a period, or in the case of a very serious breach of students rules, expulsion.

Students have a right to appeal any decision of the disciplinary panel. 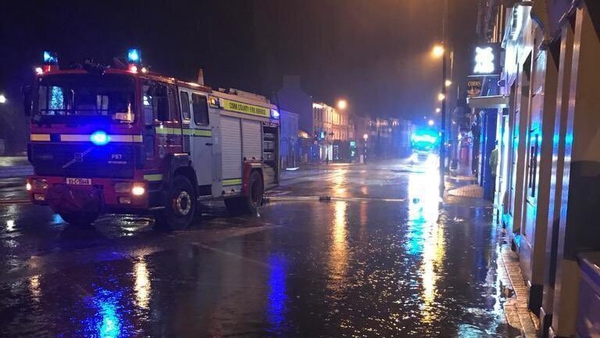