The Sam Maguire and Liam MacCarthy Cups will be back in Cork today for the first time in 30 years as local GAA fans celebrate the last time the county won the double.

It is among a number of events taking place today as the city and county 'Go Red For Cork’ to raise vital funds for Marymount Hospice.

Well known landmarks in the city and county are also donning the red and lighting up, among them the City and County Halls, the Quad at UCC, and Parnell Place Bus Station as well as the West Cork Art Centre in Skibbereen, and the Midleton Park Hotel.

The initiative is the brainchild of current Cork GAA hurler Conor Cahalane whose father Niall was on the winning 1990 football team.

He is appealing to the people of Cork to "Go Red" today and donate to the campaign.

"We had supported Marymount earlier in the year through the hugely successful Cork Hurlers Solo run campaign, so I knew that Marymount were really suffering due to Covid 19 cancellations.

"So I wanted to do something more to help.I wanted to also promote the significant achievement of the Cork GAA players of 1990 including my own father.

"Winning the double is something very special that doesn’t happen very often and we need to celebrate it as a county."

Cork County GAA Board CEO Kevin O’Donovan said they were delighted to get behind the fundraiser.

"We think it will bring much-needed joy and a bit of nostalgia as we look forward to the return of our county teams over the coming weeks."

Three-quarters of the funds raised will go to Marymount Hospice, with the remainder going to Cork GAA. 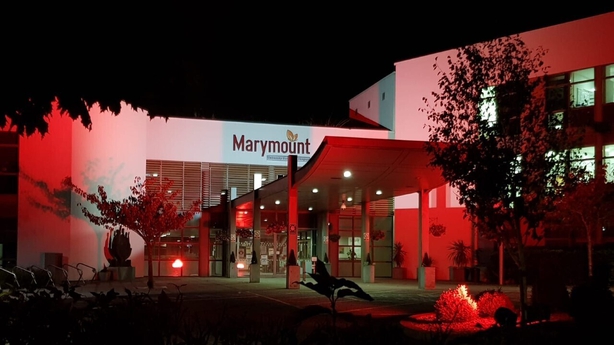