A major Criminal Assets Bureau and garda search operation targeting drug dealing has resulted in the seizure of six cars and over €22,000 in cash.

The searches were mounted as part of a CAB investigation into an individual who they say is involved in the sale and supply of drugs throughout Cork.

Today's events have dealt "a significant blow" to the drug distribution network throughout Cork, according to gardaí.

Members of CAB were involved in the search along with the Garda Emergency Response Unit, the Southern Region Garda Armed Support Unit, the Garda Dog Unit, the Cork divisional search team and local detectives and uniformed gardaí. 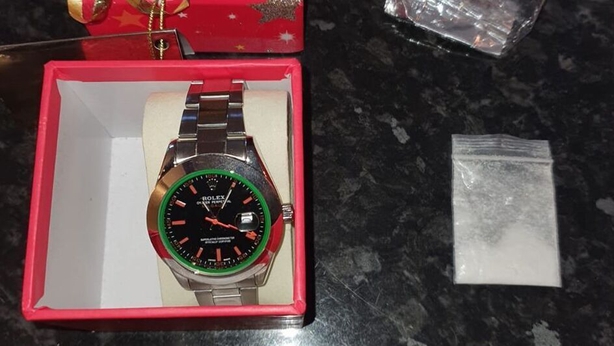 One of the men arrested was detained on foot of a court bench warrant while the other was arrested under Section 15 of the Misuse of Drugs Act in relation to an offence allegedly committed on an earlier date.

"The CAB investigation centres on an individual involved in the sale and supply of controlled drugs in Cork city and county," a CAB spokesman said.

"The individual is linked to a number of businesses in west Cork and it is believed that he is laundering the proceeds of his criminal conduct, namely the supply of controlled drugs through these businesses."