The searches followed the arrests of five people in relation to violent disorder on 4 January.

The incident, which involved a number of individuals armed with weapons, took place at Lenihan Avenue, Prospect.

An investigation was launched by gardaí and a number of searches were carried out this morning on the southside of Limerick city.

Defence Force Specialist Engineers from Collins Barracks, Cork and the 12th Infantry Battalion, Limerick assisted in the search of an open area in the Galvone area.

The three suspected firearms will be sent for technical examination. 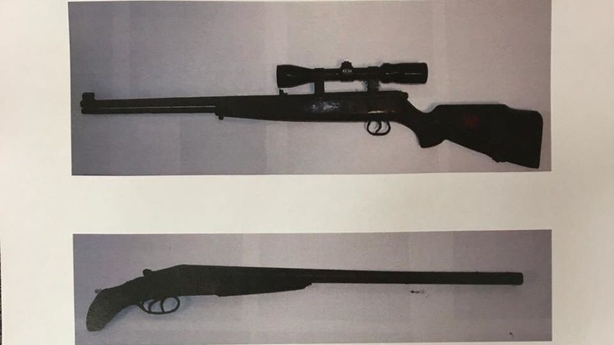 Four men aged between 19 and 45 and one juvenile remain in custody at Roxboro Road and Henry Street Garda Stations under Section 4 of the Criminal Justice Act 1984.