Gardaí in Cork are now treating as murder the death of a man who was found unconscious close to his burning tent in the city early this morning.

The man's death has been described as an appalling tragedy by the charity Cork Penny Dinners, which says it underlines the need to do more to tackle homelessness.

Mardyke Walk runs alongside a public park and amenity area on the banks on the River Lee, about a kilometre from the city centre in Cork.

The man had been living there in a tent.

Passers-by raised the alarm when they saw the man's tent on fire at around 12.45am.

He was found close by unconscious. He had been severely beaten.

The man was taken to Cork University Hospital where he later died, without regaining consciousness.

Doctor Bolster had earlier visited the scene with senior gardaí involved in the investigation.

Dr Bolster delivered preliminary results from her post-mortem examination to gardaí this afternoon. 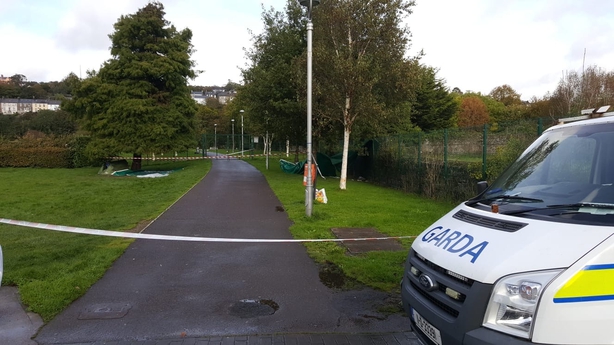 Detective Superintendent Michael Comyns told a media briefing that the man died from injuries he received in an assault.

Gardaí are now treating his death as murder. They did not comment further on the man's injuries or the circumstances surrounding his death.

An incident room has been set up at Anglesea Street Garda Station in Cork and gardaí there are appealing for the public's assistance.

They particularly want to hear from people who were in the Mardyke Walk area last night and early this morning; from taxi and hackney drivers who may have dash-cam footage; and from people who were booked in to any of the nearby guesthouses who might have heard a disturbance.