A woman has been arrested for questioning in connection with the murder of a 44-year-old man in Macroom, Co Cork.

The woman, in her 40s, is being detained at Bandon Garda Station.

A murder investigation was launched after the man was found dead and two other people were injured at a house in Macroom in the early hours of this morning.

Gardaí were called to the scene at Dan Corkery Place at around 1.50am and found the man dead with suspected stab wounds.

The victim has been named locally as Timmy Foley. He was originally from Clonakilty but had been living in Macroom for the past 12 months.

Gardaí believe there was an altercation at the house. 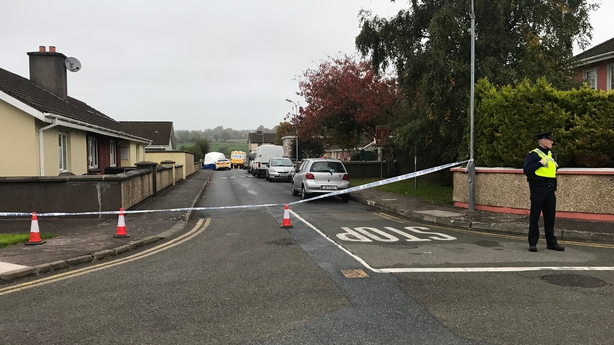 It is understood that the victim had moved into the house at Dan Corkery Place to care for his brother.

A forensic team has arrived at the scene and a post-mortem examination is due to be carried out by Assistant State Pathologist Dr Margot Bolster.

Gardaí have appealed for any witnesses or anyone who may have been in the area to contact Macroom Garda Station on 026 20590, the Garda Confidential Line on 1800 666 111 or any garda station.