The funeral mass for a 14-year-old boy who died after receiving a serious head injury in a football match, has taken place in Dingle, Co Kerry.

In tributes paid to the teenager today, he was described as a model student and a talented sportsperson.

He was a star player on Dingle's U16 Gaelic football team and a tenacious soccer player with Camp Juniors FC.

He had recently earned a place on the Kerry U15 soccer team.

In his homily Fr Joe Begley said that Aodhán brought smiles to people's faces and that his witty comments and sense of humour endeared him to many. 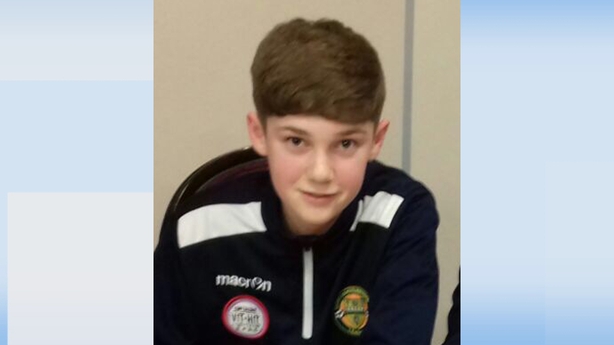 Survived by his parents, Áine and John, and sister Ciara, Aodhán's many talents were remembered during today's mass.

Amongst the items brought to the altar were his football boots and jersey.

The tragic death of the schoolboy has shocked the west Kerry community.

The Dingle Fife and Drum Band led Aodhán along his final journey.

He was laid to rest in Milltown graveyard, overlooking Dingle Bay.