A second turkey flock in Co Monaghan has been infected with H5N1 avian flu, it has been confirmed.

This latest outbreak is close to where a turkey flock was confirmed infected with bird flu last week.

All of those birds were destroyed and plans are now being put in place to cull the turkeys affected by the latest outbreak.

The Department of Agriculture has said existing restriction zones in place since last week will be extended slightly to reflect the location of the latest affected farm.

Movements of poultry and poultry products within and through the zones remain subject to licensing from the Department and all poultry keepers located with the zones are obliged to comply.

Flock owners are also being urged to remain vigilant in looking for any signs of avian flu in their birds and to continue to adhere to all regulations introduced to combat the spread of bird flu including obligatory housing of poultry.

Symptoms of bird flu can include sudden death, discolouration of neck and throat, loss of appetite and respiratory distress.

The Health Protection Surveillance Centre has said the risk to humans from bird flu is low and there is no evidence of risk associated with the consumption of poultry meat or eggs.

However members of the public are advised not to handle sick or dead wild birds and to keeps dogs on leases in areas where there are sick or dead birds.

Speaking in the Seanad the Minister for Agriculture Charlie McConalogue said he is confident there will not be a turkey supply issue for the Christmas market.

He said its an important time of the year for the trade but two infected farms, with around 4,000 turkeys each, is very small in the overall context.

He said risk of the spread of bird flu is high at the moment and more cases could occur which is why preventative measures are in place. 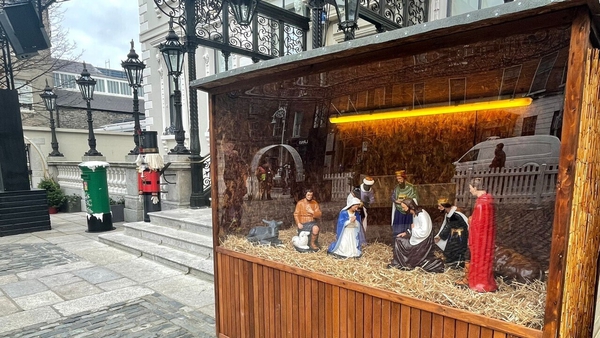