In the afterglow of a massive giveaway Budget, one small measure is now causing major upset. The new levy on concrete blocks has united opposition members and backbenchers in revolt. But how did such a minor source of revenue morph into such a contentious issue?

When Minister for Finance Paschal Donohoe rose to his feet in the Dáil on Budget day, most of his speech had been well trailed with the bigger items leaked across the media for several days.

But one measure came as a surprise. This was the new 10% levy on concrete blocks and pouring concrete to help pay for the mica redress scheme. It is due to come in next April.

Raising just €80 million, the charge is a token amount compared to the estimated €2.7 billion cost of the defective blocks scheme.

The Government argues it is necessary to maintain the principle that the construction industry must make a contribution towards the bill for fixing homes. 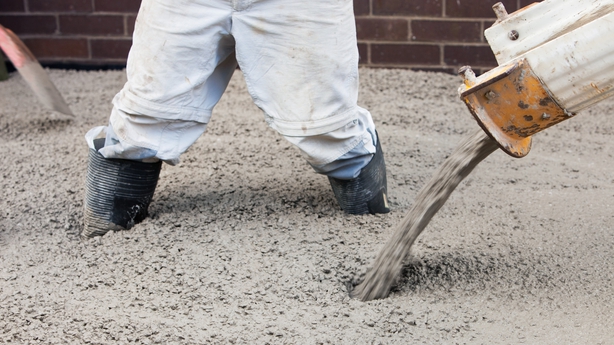 During the Budget debate, it was notable that immediate opposition to the measure came from the Independent benches as well as People Before Profit and Aontú.

In his speech, Sinn Féin's Pearse Doherty welcomed the move while taking aim at the overall mica scheme which he said was not delivering enough for homeowners.

That Sinn Féin has now reversed its position and is railing against the levy, has not gone unnoticed by the Government. Earlier this week, Taoiseach Micheál Martin invoked George Orwell's 1984 accusing the party of doublethink in condemning a measure it had previously welcomed.

But in contrast to Sinn Féin’s initial response to the levy, many independents instantly honed in on what they saw as a punitive measure that would inevitably lead to higher costs for those aspiring to own a home.

Independent TD Michael McNamara criticised the move to recoup from everyone building a house rather than targeting the quarries responsible.

"To add to the cost of building a house for any family - young, old or whatever age - people pay the same amount regardless of where they are in the country and they must pay an additional levy of 10% for concrete."

As to how much the levy could add to the price of a house, this is disputed.

The Department of Finance has put the additional outlay at €1,600 while the Society of Chartered Surveyors says it could be €3-4,000 per house.

Regardless, most agree that the cost is likely be passed on from the concrete companies to the consumers and that is where the political problem lies.

Independent TD Verona Murphy said: "It is equally mind-boggling that at a time when we are experiencing the worst housing crisis in living memory, the Government will throw fuel on the fire and introduce a concrete block levy, driving up the cost of all new houses and renovations."

Generally, the Budget has landed pretty well politically. The Government eventually arrived at €4 billion in once off cost-of-living measures as that end of the Budget ramped up significantly in the weeks ahead of the announcement.

Some have observed that this figure is no coincidence given that Sinn Féin also arrived at €4 billion for similar transfers of cash.

The sheer size of this year's €11 billion Budget also left the opposition struggling to mine it for weak points. And that is where the concrete blocks levy has now ballooned into having outsized significance.

Sinn Féin reversed its position and has called for the levy to be scrapped. And backbenchers in Fianna Fáil and Fine Gael have spoken out against the measure.

In a move designed to put the squeeze on those backbenchers, Sinn Féin tabled a motion this week urging the reversal of the plan.

But senior ministers have now signalled their willingness to modify the levy in the Finance Bill due later this month. That was sufficient to secure the votes of all Fianna Fáil and Fine Gael TDs.

What's not clear yet is how the levy will be changed. Some suggestions may come from a meeting of Fianna Fáil TDs and Senators to be addressed by Ministers Michael McGrath and Darragh O’Brien.

That gathering will be chaired by John Lahart, who says that while he accepts the need for a levy on the construction industry to pay for defects, it should not fall on first time buyers in particular.

And he says there are other issues that should be addressed including the impact on imports and exports and the effect on state building projects. But it can be resolved.

"I don't think it’s cataclysmic once first-time buyers are exempted. Some levy on the construction industry will be necessary for a long time." 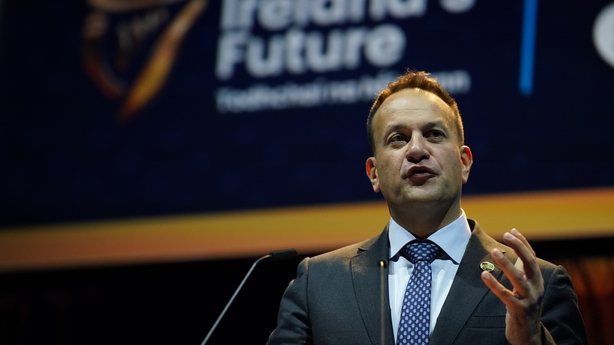 Asked about the suggestion to exempt first time buyers, Tánaiste Leo Varadkar has indicated he doesn’t believe it is possible.

"The levy falls on a concrete block so I don't see how you'd be able to exempt a certain group. If you did do that, other groups may have a very good reason for looking to be exempted too. Take for example a family living in an overcrowded apartment who are finally able to buy a house for the first time, would they have to bear a higher cost?"

Another possibility is postponing the introduction of the new charge from April in an effort to take the political sting out of the levy.

In Leinster House, there is a sense that this problem will be sorted out by some type of watering down in the form of several exemptions. These changes will be made in the Finance Bill later this month.

But the question remains of who pays for the pyrite and mica redress schemes as well as the promised remediation for apartment owners. This is already predicted to reach up to €6 billion.

And once again, the solution appears to be that the massive bill will be socialised while those responsible evade being held accountable.