President Michael D Higgins and his wife Sabina will today host a garden party for up to 400 people to mark the 100th anniversary of the publication of James Joyce's Ulysses.

The event, taking place in the week of Bloomsday, will be MC'd by comedian Tommy Tiernan and will include addresses by President Higgins and Professor Declan Kiberd, author of Ulysses and Us, as well as musical performances from artists including Camille O’Sullivan, Simon Morgan, Noel O’Grady and The Stunning.

The majority of those attending the garden party represent independent Irish publishers and bookshops.

President Higgins said this party is of "particular pleasure", since it will be the first to be held since the beginning of the Covid-19 pandemic. 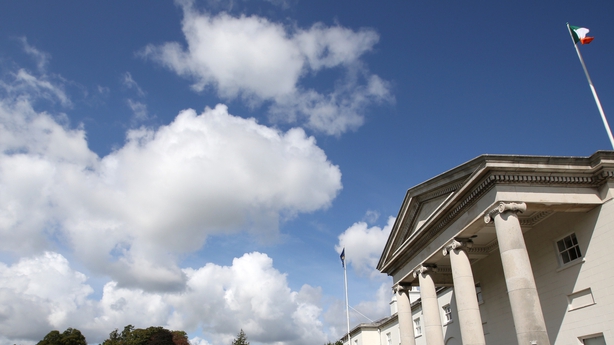 "Sabina and myself are delighted to be able to resume these gatherings this summer and, following in the tradition started by our first President Douglas Hyde, to once again welcome so many of our fellow citizens to come to the Áras and spend an afternoon enjoying its beautiful house and gardens," he said.

"Celebrating Ulysses reminds us of why we must be so grateful to the independent publishers who, like the inspired, committed and innovative Sylvia Beach with James Joyce, provide such a vital service to our society by publishing the good, original, ground breaking, thought provoking, mould shattering and, indeed, often eccentric or idiosyncratic work that moves the world of literature in its diversity and enables the discovery and emergence of new and exciting literary forms and voices," President Higgins said.

Overall, it is the 60th themed garden party to be hosted by President Higgins at Áras an Uachataráin since his election to the office, with over 20,000 people having attended over the course of the events since 2011.

Ulysses follows the character of Leopold Bloom as he moves through an ordinary day in Dublin on June 16th 1904. The title 'Ulysses' references The Odyssey and the book draws on a number of styles and groundbreaking literary techniques.

Originally serialised between 1918 and 1920 in The Little Review, the seminal modernist text was first published in its entirety by Sylvia Beach, the proprietor of the bookshop Shakespeare and Company in Paris on February 2nd 1922, the author’s 40th birthday.