The Environmental Protection Agency has said that urgent implementation of all climate plans and policies, plus further new measures, are needed for Ireland to meet the 51% emissions reduction target for 2030.

It said the challenge is particularly evident in agriculture, but all sectors need to do significantly more.

Minister for Environment, Climate and Communications Eamon Ryan said Ireland needs to double down on the measures in the Climate Action Plan.

Ahead of the publication of this latest report, senior EPA officials described Ireland's greenhouse gas emissions projections as "very bad".

In summary, the report confirms that Ireland is way off course.

There is a huge gap between the ambitions of Ireland's legally binding Climate Act, which targets a 51% cut in emissions by 2030, and the actions needed to deliver on that ambition.

The report highlights that even in the unlikely event that every planned climate policy and measure outlined in the Climate Action Plan were fully implemented on time, Ireland’s greenhouse gas emissions would only fall by 28% by 2030 - a little over half what is legally required.

The Government's carbon budgets - the major new policy instrument for enforcing climate action on all sectors - already look to be in deep trouble.

The report says that if everything in the plan was implemented, emissions for the five years to 2025 would still exceed the carbon budget by 40 million tonnes of greenhouse gases.

He warned tackling climate issues would be "very challenging" but the actions needed "urgent implementation".

He was responding to Social Democrats co-leader Róisín Shortall who said that Ireland's emissions were "going up not down".

Ms Shortall said that data centres were now using more electricity than all of the rural homes in Ireland, and said projects like the Metro, aimed at getting people out of their cars, "are simply not happening fast enough."

Green Party TD and Chair of the Oireachtas Climate Committee Brian Leddin meanwhile said "every sector" must play its part and they "have to get real about this".

Speaking on RTÉ's Drivetime, Mr Leddin said there is a climate crisis and everyone needs to understand that things need to change across society and the economy.

He said they are doing their part in Government, but a "whole of society transformation" is required.

"We have to be cooperative and collaborative at the political level when we get down to the policy implementation," he said.

"There’s been a lot of very good projects that have been slowed down and blocked in this country for political reasons."

All sectors 'have work to do' - EPA

EPA Director General Laura Burke said: "The data shows that a step up in both the implementation of actions already set out in plans and policies and the identification of new measures is needed.

"All sectors have work to do, in particular the agriculture sector. As the largest contributor of national emissions, more clarity is needed on how and when it will implement actions to reduce methane within the ever-shortening timeframe to 2030."

Speaking on RTE's Morning Ireland, Ms Burke said that during the pandemic there was a reduction in emissions due to the low level of economic activity and people staying close to home, which was not sustainable.

"So, what we're now seeing is a rebound effect."

She said the focus is looking to the future and at all of the plans and policies that are in place.

She added: "I think at the moment we're talking the talk, but we're not walking the walk and we need to move from these ideas to actually implementation on the ground."

Ms Burke said there are still some areas that are not yet included in the action plan and more changes will be needed.

"We can keep talking about the more, we need to get on with delivering those plans and policies" that are in the action plan, she said.

The argument about efficiency in agriculture "doesn't cut it", she said, as the sector needs to be transformed.

"The environment doesn't understand efficiency, what it understands is the total impact", she said.

The EPA also echoed the message of the Intergovernmental Panel on Climate change that "it's now or never, if we want to limit global warming to 1.5 degrees Celsius" and that without immediate and deep emissions reductions across all sectors, it will be impossible.

"It is important that all planned actions are implemented as soon as possible while, in parallel, identifying actions to address the remaining gap to meet carbon budget limits."

Minister Ryan welcomed the EPA report and said Ireland needs to double down on the implementation of climate action measures.

He said he will soon bring recommendations about tough greenhouse gas emissions ceilings for all sectors before Cabinet and that the final agreed emission targets will be aligned with the carbon budgets, already approved by the Dáil.

The minister said these changes will require a collaborative effort by government, business, communities, and individuals – to implement new and ambitious policies, technological innovations, systems, and infrastructures.

This will also require changes in individual behaviours, including how people work, heat their homes, travel, consume goods and services and manage their waste.

Each sector must accept the challenge, Director of Friends of the Earth Ireland, Oisin Coughlan said, adding that agriculture is being asked to "do about half of what the rest of society is being asked to do".

Speaking on RTÉ's Today with Claire Byrne, Mr Coughlan said increasing targets to reduce the usage of chemical nitrogen fertiliser would "begin to get us where we need to go".

"We're seeing the prices go up again, reliance on fossil fuel based chemical fertiliser is what is causing a lot of the farmer price spikes now for farmers around inputs. So this is another reason, like with electricity, to get off fossil fuel based economies."

He said the Government must work with representatives of rural Ireland to ensure a fair transition but said that so far the agricultural sector has not shown the necessary willingness to make changes.

The president of the Irish Farmers' Association, Tim Cullinan said farmers are already playing their part and adhering to sustainability initiatives. He said the report clearly demonstrates that farmers, by continuing to do what they are doing, and by adopting a few new measures, can achieve a 22% reduction in emissions by 2030.

"We are playing a clear part in this and farmers do acknowledge what is happening with climate change. With the combination of continuing to do what we are doing here in Ireland we can play our part in climate, reduce our emissions and continue to produce top quality food."

He rejected any notion of cutting or curbing the growth of the dairy herd, saying the measures being adopted, and measures that will come into play in the near future, will ensure continued growth in the sector allowing us to produce food and to feed the world.

The IFA president said food security is very important now and a lot has changed in 6 months.

Ireland 'clearly not on course'

Dr Peter Thorne of Maynooth University, a member of the Climate Change Advisory Council and chair of the group's Adaptation Committee, said Ireland is "clearly not on course" to meet its 2030 or 2050 targets.

Speaking on RTÉ's News at One, he said that while Ireland needs to increase its ambition on agriculture, it also needs to recognise that agriculture is about a third of our national emissions, and the risk with focusing on it is that "it makes climate change somebody else’s problem."

Dr Thorne said there are measures that can be taken to increase the efficiency of the national herd.

"It’s via the range of instruments and market opportunities that enable the agricultural sector to diversify and to strengthen their income basis and have a more resilient rural economy."

Dr Thorne said a range of measures need to be taken, such as a greater use of public transport rather than replacing cars with electric cars.

He said the cheapest and easiest thing to do right now is tackle energy efficiency, such as turning down the thermostat or reducing trips. 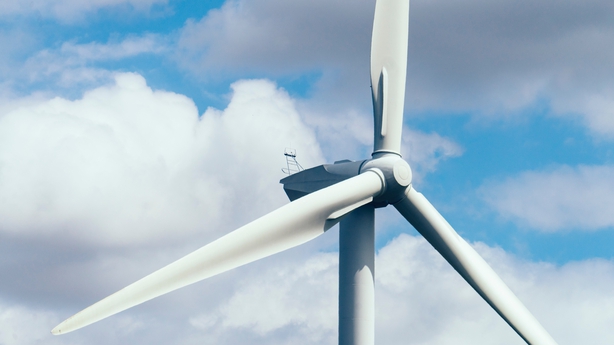 Key findings in the EPA report included the following:

Ireland's Climate Act Ambition: Urgent implementation of all climate plans and policies, plus further new measures, are needed for Ireland to meet the 51% emissions reduction target and put Ireland on track for climate neutrality by 2050.

EU emissions targets: Ireland can meet its non-ETS EU targets of a 30% emission reduction by 2030 (compared to 2005) assuming implementation of planned policies and measures and the use of the flexibilities available. These include a land use flexibility using the Climate Action Plan 2021 afforestation rate of 8,000 hectares per annum.

Carbon Budgets: Carbon budgets proposed by the Climate Change Advisory Council have recently been approved by the Oireachtas for the periods 2021-25, 2026-30 and 2031-35. The projections highlight that there is currently a significant gap between the budgets and the projected emissions over the budget periods. This gap will need to be addressed very quickly if Ireland is to stay within the Carbon Budgets.

Electricity generation: Under the Additional Measures scenario, renewable energy is projected to increase to 78% of electricity generation by 2030 with emissions from the Energy Industry decreasing by 10% per annum from 2021-30. Increased coal use from 2021 and growing energy demand, including from data centres, threaten to negatively impact achievement of National targets, particularly for the first carbon budget period.

Action in Agriculture: Under the "with existing measures" scenario emissions are projected to increase by 1.9% over the 2020-2030 period. A methane emissions reduction of almost 30% is required to achieve a 22% reduction in Agriculture emissions compared to 2018, as committed to in the 2021 Climate Action Plan. The sector must clearly set out how this will be achieved to address uncertainty regarding its ability to deliver even the lower end of the range of its sectoral targets within the ever-shortening timeframe to 2030.

Transport: The end of Covid travel restrictions is projected to result in transport emissions increasing by 18-19% from 2020 to 2022. Emissions from the sector are projected to reduce to 39% below 2018 levels by 2030 and achieve a 31.7% renewable transport share if the additional measures in plans and policies are implemented, this includes over 940,000 electric vehicles on the road by 2030, increased biofuel blend rates and measures to support more sustainable transport.

More efficient homes: Spending more time at home due to hybrid working and the increasing cost of fossil fuels highlights the need for our houses to become far more efficient. Implementing currently planned measures for the installation of 680,000 heat-pumps by 2030 as well as retrofitting 500,000 homes is projected to achieve a 41.5% reduction in residential emissions in 2030 (compared to 2018).