The European Union has extended its suspension of rules against overspending by member state governments because of Russia's war in Ukraine.

"Heightened uncertainty and strong downside risks to the economic outlook in the context of war in Ukraine, unprecedented energy price hikes and continued supply chain disturbances warrant the extension," said the European Commission this morning.

The rules governing debt and deficit spending, known as the Stability and Growth Pact (SGP), were suspended in March 2020 due to the Covid-19 crisis.

The rules were supposed to be reactivated on 1 January, 2023, but Russia's invasion of Ukraine has prompted the Commission to suspend the rules until 2024.

"This provides a space for national fiscal policies to react quickly if and when needed," said Commission Vice-President Valdis Dombrovskis.

According to the latest Commission report, Ireland will be mostly indirectly affected by the war in Ukraine and the energy crisis as it has limited trade and direct financial links with Russia, and relies on the UK for energy.

The so-called European Semester, which has provided guidelines for member states' economies since the euro financial and debt crisis, says that "Ireland is set to indirectly experience some slowdown in growth through other European economies, with which it trades extensively, as well as rising global energy prices and supply shortages for certain goods."

While Russia accounts for 0.4% of Irish exports and 0.6% of imports, mostly in the bio-pharma and fertilisers sector, the biggest impact has been on aircraft leasing companies, whose planes have been appropriated by Russia following western sanctions.

Ireland depends almost exclusively on energy imports from the UK.

Today's report says that the in-flow of between 80,000-100,000 Ukrainians will "require additional social spending but may also have a positive impact on the tight Irish labour market", given that Ukrainians will have the right to work.

The European Commissions says the Irish financial sector has "significant" exposures to Russia worth €49 billion.

"However, €37 billion of this is held by special purpose entities operated by Russian companies or banks, which have very limited or no direct links to the Irish economy," the report says.

Irish-based investment funds hold €11.5 billion of Russian exposures (0.3% of their total assets) of which €5.1 billion are Russian government bonds. 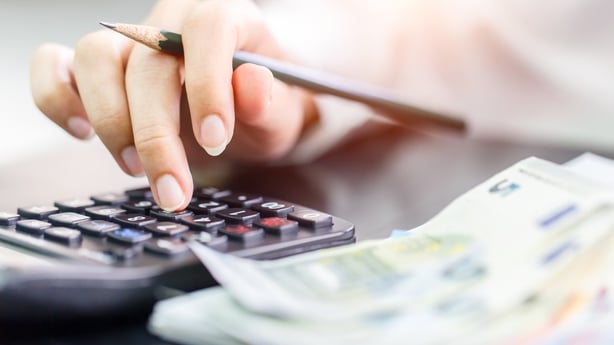 In general, rising energy prices have fuelled inflation in Ireland, which the invasion risks exacerbating. Higher oil and gas prices, as well as supply bottlenecks for goods or their components, led to increasing inflation in 2021.

In February the harmonised index for consumer prices was 5.7% higher than the previous year, in line with the euro area average of 5.8%.

Inflation is set to continue increasing in 2022, rising to 6.1% before falling to 3.1% in 2023, due to "persistently high energy prices and supply bottlenecks.

The report says that "rising wages may start adding to price pressures".

Overall, Ireland's performance during the pandemic was better than most member states with public finances "showing no short-term sustainability challenges".

While risks related to a potential ECB interest rate hike are low "because only a small amount of Irish public debt has to be repaid in the short term", future rises in capital expenditure related to increased housing stock and the climate transition "could test" the government's commitment to capping overall core expenditure growth at a rate "in line with the trend growth of the economy (estimated by the authorities at 5%)".

The report says Ireland needs structural health and long-term care reforms, with the country still facing a shortage of doctors and nurses.

"In addition, Ireland remains the only country in western Europe without universal coverage for a core set of health services, such as primary care.

"Most of the population is not covered by a medical card and must pay the full cost of doctor visits and outpatient prescriptions up to a certain threshold. The ageing of the population will increasingly put the Irish long-term care system under considerable pressure."

The Commission also warns that house and rental prices continue to accelerate due to persistent shortfalls in housing supply.

"In the short term, the gap between housing supply and demand is expected to remain wide."

The report adds: "Worsening housing affordability, rising rents in 2021 and pandemic-induced delays in construction activity have exacerbated the problem. Rent increases and insufficient social and affordable housing are still a concern, and have created the conditions for a high number of homeless people by historical standards."