A Professor of Psychology has expressed concern about increased driving hours for lorry drivers, saying it increases the risks of accidents.

Earlier this week the Road Safety Authority announced a derogation from European Union rules which will allow professional drivers to drive 112 hours in a fortnight, up from the normal limit of 90 hours.

This will allow them to drive 56 hours in a week instead of 40. The derogation is in response to a shortage of drivers because of the current Omicron wave of Covid.

Professor Andrew Coogan of Maynooth University, who has researched sleep and the body's circadian rhythms, says the EU rules exist for driver safety and to make sure they get sufficient sleep.

"Insufficient sleep is a factor in a significant number of accidents. Sleep is really important in driving as the psychological processes needed for driving are particularly vulnerable to sleep deprivation".

He gives the example of pyscho-motor vigilance, where we scan the environment continuously for hazards.

"It is an automatic process which drivers do without thinking about it or even realising it, so a driver would not realise they are not doing it or doing it badly until it is too late," Prof Coogan said.

Fatigue is longer term but sleepiness, which can also kill, can be an immediate consequence of less sleep, he said.

The increased risks when a driver is at the wheel for 10 instead of 11 hours is exponential rather than linear- the risk increases much more as the hours add up and risk also increases as drivers get less rest, he added.

The Road Safety Authority has defended its decision to announce the derogation.

A spokesman for the RSA said: "This is a necessary and urgent response to a problem that's there at the moment, but it is in no way a carte blanche...it's a last resort."

He added that if a company wants to avail of the derogation it must keep records showing the justification for going above the normal driving hours.

Valid reasons could include that no other driver was available or a vital delivery was delayed.

Employers must have regard to the safety of their workers and must comply with the EU Working Time Directive for mobile workers, the body said.

This is the third time the RSA has issued a derogation for transport sector since the pandemic began.

The first time was at the start of the pandemic in Spring 2020 and the second in December 2020.

The previous derogations were in force for a matter of weeks and this current derogation is set to run for three weeks.

Earlier, the President of the Irish Road Haulage Association said the body sought the derogation in order to minimise disruption in supply chains.

Speaking on RTÉ's Morning Ireland, Eugene Drennan explained that the move will effectively give an hours extra driving a day and allow drivers to work on Saturdays without having to repay that time at the end of the month.

He said the move may not cover all the agendas but it is a very big help in keeping trucks on the road. 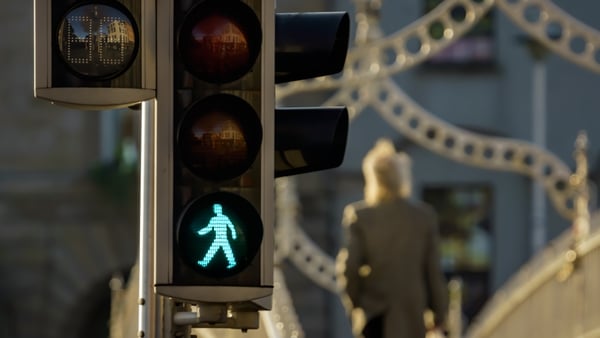