One hundred years ago today, the Dáil voted to ratify the Anglo-Irish Treaty. After a passionate, sometimes ill-tempered debate lasting three weeks, the vote in favour was extraordinarily close: 64 votes to 57.

The vote paved the way for the new Irish government to take power from the British, but also set in motion the events that led to the Civil War six months later.

The vote took place exactly a month after the signing of the Treaty in London.

Technically, the 'parliament' in Dublin was not the Dáil, but the Southern Parliament that the British had envisaged as the equivalent of the new Northern Ireland Parliament.

But realistically, the only Irish vote on the Treaty that mattered was the vote of the Dáil.

Events moved swiftly. Within a week of the signing in London, TDs were debating the Treaty in their temporary location in the Council Chamber of University College Dublin in Earlsfort Terrace (now the National Concert Hall).

It was here, on Saturday 7 January, 1922, that the Dáil voted to ratify the Anglo-Irish Treaty.

The margin of victory was so tiny that four TDs changing their vote would have meant rejection of the Treaty, with consequences no one could have predicted.

The outcome of the vote triggered an immediate and irrevocable split in the Republican government and the Dáil. Eamon de Valera resigned as President and led the anti-Treaty TDs out of the chamber. They returned later, but the damage was done; the split was permanent.

The very next weekend, Michael Collins as Chairman of the Provisional Government, led a small delegation into Dublin Castle.

In a low-key ceremony behind closed doors, the Lord Lieutenant, the British government’s representative at the top of its administration in Ireland, formally passed authority to Michael Collins, and the Provisional Government was in power.

Watch how modern television might have reported this event as RTÉ News' David McCullagh and journalist Sinéad O'Carroll present Treaty Live tonight on RTÉ One at 7.00pm. 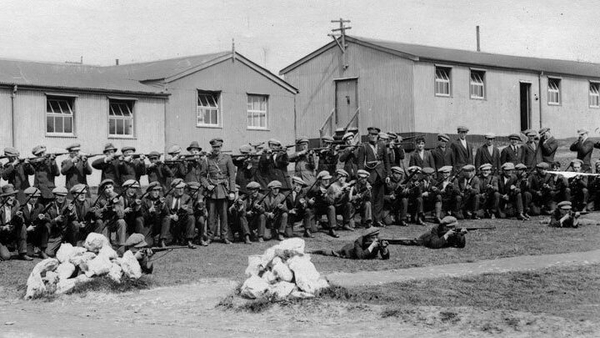 Policing the revolution: Order from chaos 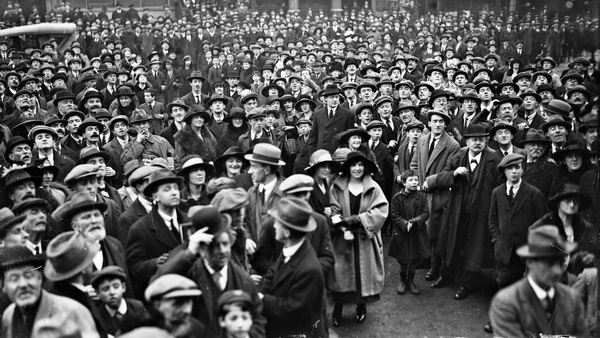 Decade of Centenaries: The story so far