Transport Infrastructure Ireland has confirmed that the number of cars on the Irish road network is within 1% of pre-pandemic levels.

On 11 November, the National Public Health Emergency strongly advised the Government that people work from home, where possible, and that employers be supportive of the move.

A few days later, Taoiseach Micheál Martin announced a series of measures aimed at slowing the spread of Covid-19, including that people should work from home unless it is absolutely necessary that they attend their workplace in person.

Speaking on RTÉ's Morning Ireland, TTI Communications Manager Sean O'Neill said: "There has been a shift in traffic movements. In the full cycle of a day we are only down about 1% on the national network" when compared to pre-pandemic levels

More in-depth figures from TII reveal that between 7am and 10am - a time many people travel to work - there is little change in the numbers of cars on road, when days before and after the Government's announcement on the return to remote working are compared. 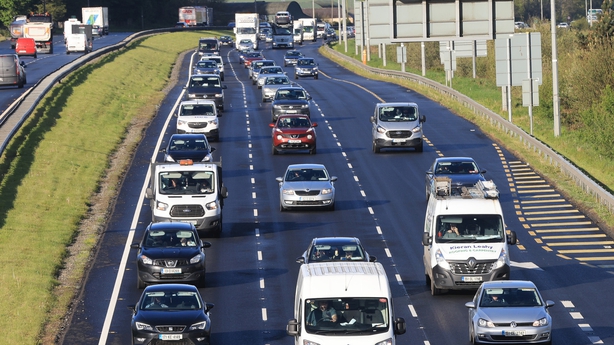 "Right across the country there is a minor decrease in the percentage range of about 2-3%, but we still have a lot of traffic out there right now. We don’t see a massive decrease," Mr O'Neill said.

"If you look at the time of travel, between 7am and 10am, those are the peak times in the morning and those are the times when, more than likely, people are going to work," he added.

In the case of the non-motorway border counter sites, traffic volumes today show changes of between 0% and +11% as compared with Tuesday 23 November.

The changes in car traffic volumes since the same day in 2020 ranges from +5% on the N16 east of Manorhamilton to +31% on the N15 south of Lifford.

"Traffic volumes at the N2, N3, N13, N15 and N16 counters were lower than at the motorway traffic counters and are likely to display wider fluctuations in traffic figures than other traffic counters," TII said in a statement.

Traffic volumes on the radial routes into Dublin

The M50 (N3 Navan Road to N4 Galway Road) shows a -4% change as compared with Tuesday 23
November and a +4% change compared with the same day in 2020. Due to a road incident on the M50 this morning, the traffic counts were impacted.

In the case of the regional cities the changes in car traffic volumes this morning as compared with Tuesday 23 November:

In Dublin city, there were similar decreases. About 350,000 used these transport services last Thursday, compared to 369,000 on 11 November.

"We have seen a slight decrease in people using public transport with more office workers not coming in to the office and working from home, but interestingly people are still using public transport for lots of other things. At weekends we are almost as busy as we were pre-Covid in many parts of the network," said Mr Gaston.

"Commuter services would be the hardest hit. Irish Rail over the last two weeks would have seen a 10% or more reduction," he added.

NTA figures also show there was a drop in Luas passenger numbers. 96,704 used the Luas last Thursday compared to about 107,236 on 11 November. The average daily passenger number was about 120,000 before the pandemic. 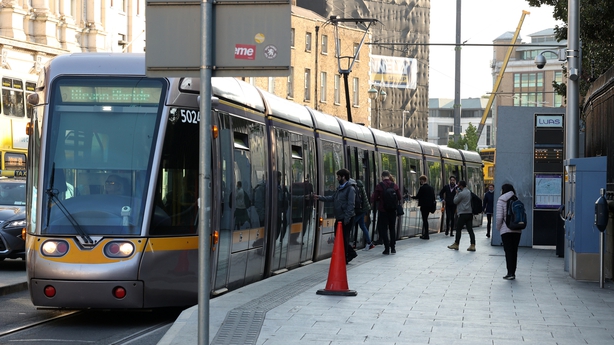 "Numbers have dropped. We have noticed a small difference between this time and a number of weeks ago where people are obviously heeding the rules to work from home.

However, whilst it's a small drop, it's a change in the pattern of people’s travel. It is no longer as crowded in peak time in the morning as it was in the past," Transdev spokesperson Dervla Brophy said.

Iarnród Éireann saw drop in commuter passengers of about 10% in the past two weeks. It had 83,000 passengers on its services on 11 November, compared to 76,000 last Thursday.

Dublin city centre footfall in the first week of November was 2.3 million.

Dublin Town, which represents traders, said this represents a drop in trade because footfall should be increasing on the run up to Christmas.

It added more workers are working remotely and this is impacting businesses in the city centre. 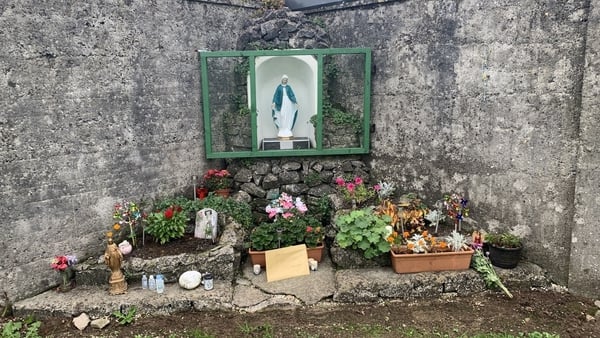 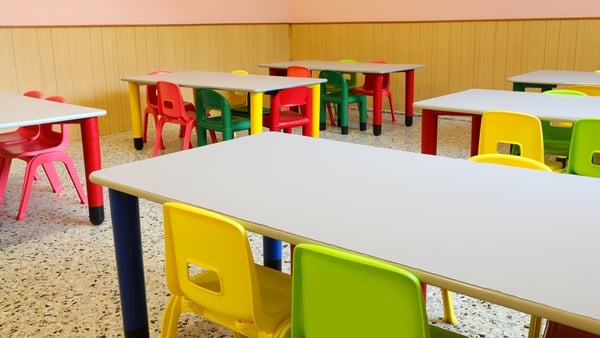 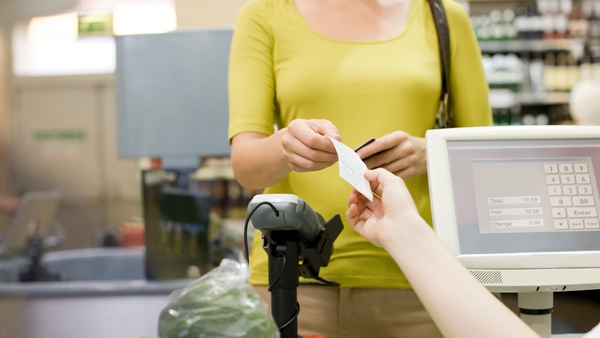