More than 31,500 Freedom of Information requests were made to public bodies last year, a drop of 21% on the previous year, according to the annual report from the Information Commissioner Peter Tyndall.

The commissioner reviews decisions made by Public Bodies under the FOI Act.

More than a quarter of all FOIs (8,737 out of 31,591) were sent to the Health Service Executive alone. This was followed by the Department of Social Protection with 1,706 requests and Tusla with 986.

The commissioner received 584 applications for review in 2020, down 5% compared to 2019, although this still represented a high number of cases handled by the Information Commissioner.

Among those reviewed 183 cases had the decision affirmed, 48 annulled and 34 varied. The other 149 were either discontinued, withdrawn or a settlement was reached.

Sixty-five of those cases, reviewed by the commissioner, were connected to FOI decisions made by the HSE.

This was followed by the Department of Justice at 24 and Tusla with 21.

Mr Tyndall welcomed a recent announcement by Minister for Public Expenditure and Reform Michael McGrath that the FOI Act will be reviewed.

He said the changes would benefit both users and public bodies.

Listing some of the current issues with the FOI system, he noted that the scope of 2014 FOI Act was extended to non-public bodies that receive significant public funding a number of years ago, however no additional bodies have been subjected to FOI requests.

A recent ruling by the Supreme Court also meant that the onus on public bodies to justify refusal of FOI requests "lost its value" and the judgement made it more difficult to release "otherwise exempt information in the public interest".

This ruling concerned a question of access to an agreement between the Department of Communications, Energy and Natural Resources and a private company called Enet.

Mr Tyndall also called for greater alignment between the FOI system and "Access to Information on Environment" regulations.

One case that the Commissioner reviewed involved a request to the Department of Transport, Tourism and Sport, seeking records related to the reopening of Stepaside Garda Station.

The FOI request was refused, with the Department arguing that the records would include the "private papers" of a member of the Oireachtas, including a TD.

This decision was upheld by the Information Commissioner.

The Covid-19 pandemic did have an impact on the provision of FOI services across the public sector, however organisations were still required to adhere to deadlines.

Mr Tyndall said that his office "did not experience any significant deterioration" in their engagements with public bodies. 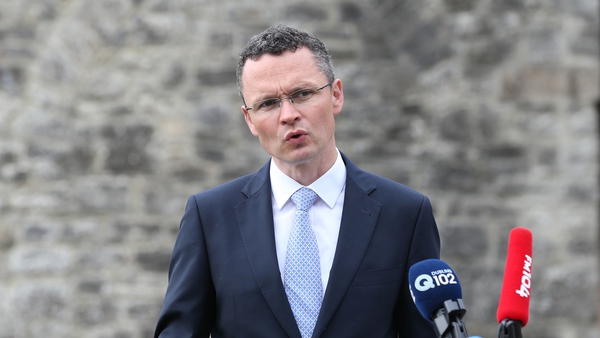