Trust in news media has increased over the past year, according to the annual Reuters Digital News Report.

The report, which is sponsored by the Broadcast Authority of Ireland with analysis from researchers at Dublin City University, found that in general, levels of public trust in the news increased over the past year, while in Ireland, 53% of consumers expressed positive levels of trust in the news media.

In all, eight news organisations recorded trust levels above 70%, and there was also a strong showing for local and regional news.

RTÉ is the most trusted news source for Irish consumers, according to the report, with 78% of respondents saying they trusted the service.

The authors of the Reuters Digital News Report (Ireland) 2021 say the high level of trust in RTÉ is possibly because of the central role the broadcaster has played during the Covid-19 pandemic. 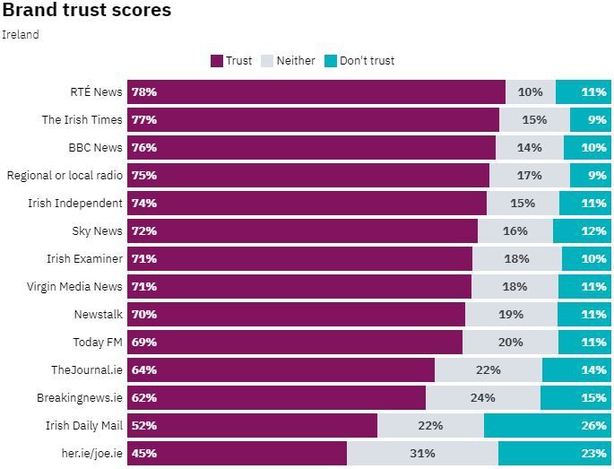 There was also a general increase in the number of people consuming news on television during the pandemic, up by eight points to 41%. The increase was across all age groups, with 18-24-year-olds recording the largest increase.

Online news was also a popular source of news, followed by social media.

The number of people who cited radio as their main source fell by four percentage points to 9%, and printed newspapers by 2 points.

Online (including social media) remains the overall most popular source of news at 81%, followed by television at 68%.

Smartphones are the most used device, ahead of computers and tablets. 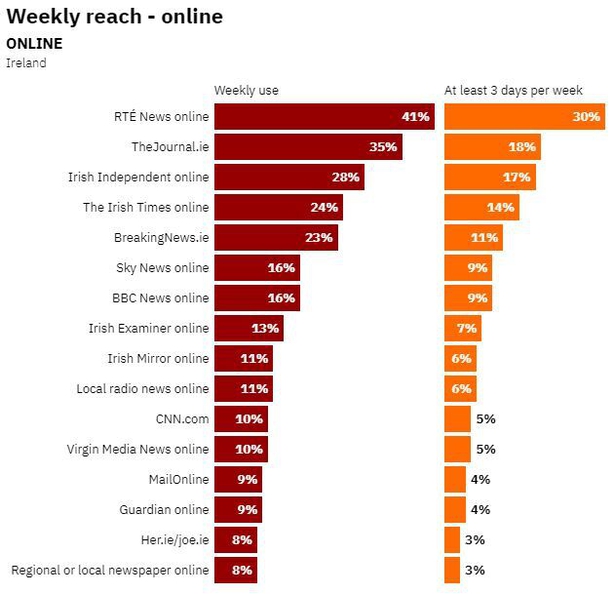 The report found that 70% of Irish respondents said they were extremely or very interested in news, which is a higher figure than consumers in the EU, the UK or North America.

Covid-19 was the issue most frequently raised by people when they asked about false or misleading information seen in the past week. 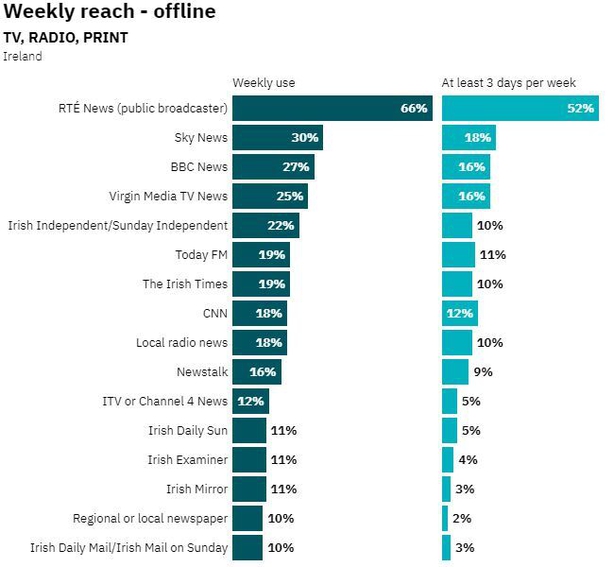 Prof Colleen Murell from DCU said the research shows that 2021 sent Irish consumers back towards trusted brands and made them more wary of disinformation and misinformation.

She said the last year has shown just how important a role newsgathering plays in informing the Irish population about crucial issues relating to the spread of Covid-19.

Meanwhile, WhatsApp is now the most popular social media platform for any use in Ireland, used by 69% of respondents and overtaking Facebook.

Facebook has declined in popularity since last year, as has YouTube, Twitter and Snapchat, with the report saying that some of this may be connected to concerns over the trustworthiness of Covid-19 related content.