A majority of people in the Republic do not believe there will be a united Ireland inside the European Union within the next ten years, according to a Red C poll published today.

The poll found that 43% of those surveyed disagreed with the statement that there would be a united Ireland within ten years, while 32% agreed and 25% did not know.

The poll found Irish support for EU membership still high, at 84%, but there was discontent over the EU's vaccine strategy, with 48% of voters saying they did not have confidence in the vaccine strategy.

The poll was conducted among a sample of 1,000 people during the week beginning 19 March and commissioned by European Movement Ireland.

Scepticism that there will be a united Ireland inside the EU within ten years is proving to be a durable view, as almost exactly the same figures were recorded last year, this despite the upheaval over Brexit and the Northern Ireland Protocol.

Support for remaining in the EU stands the same as last year. However, a narrow majority, 48% compared to 45%, said they did not have confidence in the EU’s vaccine roll-out.

Those figures probably reflect disappointment over the shortfall in vaccine deliveries during and towards the end of the first quarter, when the survey was carried out.

A majority of Irish people do not believe the EU should get more competences in the sphere of public health, but they do want the EU to take more action on climate change and on regulating global digital giants.

Overall, 77% of those polled also say member states should only get EU funding if they adhere to rule of law principles, such as democracy, human rights and equality.

But resistance to any tinkering with the national veto on taxation appears to be hardening, with 52% opposing deeper economic integration if it meant weakening the veto, up from 51% last year.

Overall, Irish people appear to be committed Europeans, wanting the EU to do more on big global issues, but not when it comes to corporate tax, or in the sphere of public health. 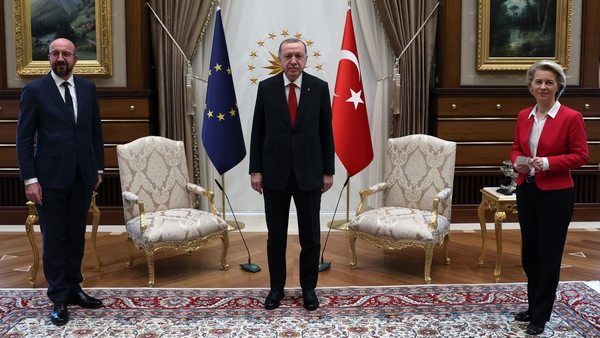