Plans for an economic corridor between Dublin and Belfast have been launched today by the eight local authorities it passes through.

Four local councils on each side of the border joined forces to launch the initiative today.

Its findings were revealed in an online event that included contributions from Tánaiste Leo Varadkar and Stormont Finance Minister Conor Murphy.

The four Northern Ireland councils involved are Belfast, Armagh, Banbridge and Craigavon, Lisburn and Castlereagh, and Newry, Mourne and Down.

Those in the Republic are Dublin City Council, Fingal, Louth, and Meath.

The report said the population is younger and more diverse than any other part of the island of Ireland, with 15% born off the island.

It said there is scope for significant collaboration and economic growth.

But the authors also acknowledged there will not be any quick fix, describing the approach required as a "slow burn" rather than a "Big Bang".

One of the companies hoping to benefit from enhanced investment and infrastructure along the route is STATSports, a leading provider of GPS player tracking and analysis equipment.

The system enables elite sports teams to monitor fitness and performance levels and is now used in more than 100 countries. 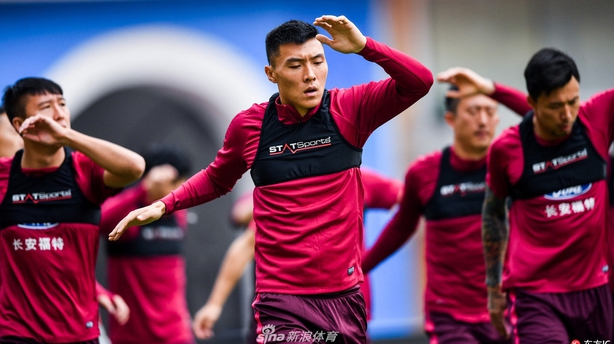 Customers include 14 teams in the English Premier League as well as other major European leagues, and others in the worlds of Gaelic Football, rugby, basketball, American Football, hockey and athletics.

The company started life in Dundalk but moved to larger premises in Newry in Co Down, where it now employs more than 100 people. It also has offices in London, Chicago and Florida.

STATSports Technical Director Paul Johnson said being located along the Dublin-Belfast corridor is a key factor for its continued success.

"From an employment point of view, it’s really important for us to be within the corridor of Dublin and Belfast, right here in the sweet spot where we’re attracting resources," he said.

"We’ve employees from as far south as south Dublin, and as far north as north Belfast.

"That whole corridor allows us to get really high resources across multi-faceted departments, whether it's sports science, whether it's operations, whether it's sales, so it hits the whole gambit and that's really important for us in regards to driving our business and pushing this forward globally," he said.

Joan Martin, CEO of Louth County Council, described the plans as a 'step change' in the development of economic linkages along the corridor.

"It offers the opportunity to look at the value added and how we could step up to a new level by collaborating and cooperating across the entire corridor instead of just Louth, or Louth and Newry working together, for example."

Speaking on Morning Ireland, she said it was important that the emphasis was put on development of the whole area covered by the corridor and not just focused on the cities of Belfast and Dublin.

"Over the years, people have said it has to be a corridor and not a tunnel. We have 2 million people living in a short distance. We have the roads and the rail network. We're already gaining but we have so much more to gain."

Ms Martin said Brexit and Covid had delivered more impetus to the project but had also brought some added complications.

"Brexit was being factored into the report all along. It's difficult with Covid, but we're still in the middle of it. This is the start. We have years and decades ahead of us to market and grow and develop this corridor", she said.